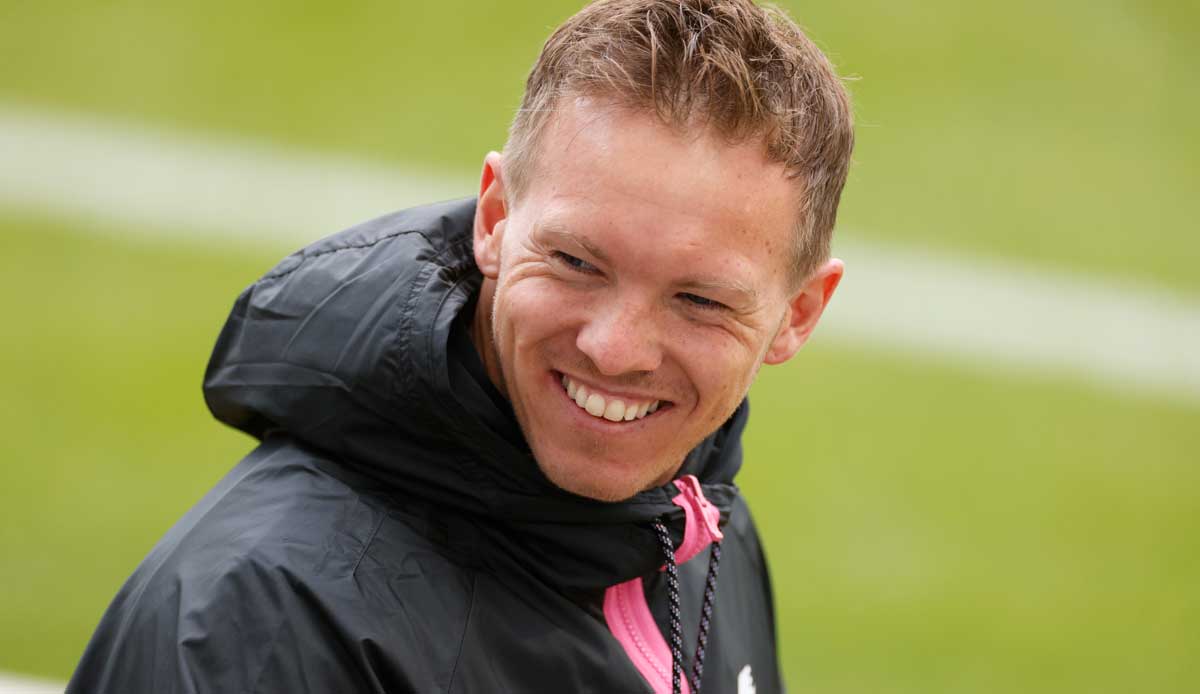 Before the cup final between RB Leipzig and Borussia Dortmund, several FC Bayern officials keep their fingers crossed for Saxony. The reason for the sympathy of the German record champions: coach Julian Nagelsmann, who will move to Bayern for the coming season.

“I have to honestly say that I am partial. That would do Julian good and as ambitious as he is, he would of course also want to win this title,” said Oliver Kahn Sport1. “Coming to Munich with the cup win is not so bad.”

Hasan Salihamidzic also wishes Nagelsmann the best of luck: “I only work for FC Bayern and the most important thing for me is that FC Bayern is successful, but of course: I wish him that he comes to Munich with this title,” said Salihamidzic .

Karl-Heinz Rummenigge is a bit more diplomatic before the final: “I wish him so. He has not won a title yet and from experience I know that coaches want to win titles,” said Rummenigge. “But Dortmund now seem to be in a good mood again. It will be a difficult game for both of them. I’m looking forward to the final, because Dortmund against Leipzig was already a good game last Saturday.”

And Nagelsmann himself? Bayern’s soon-to-be coach is calm before the final: “It’s not about going somewhere with a title. That’s not a condition. The game doesn’t have a big impact on my personal career,” said the 33-year-old . “I want to celebrate a title with the team. That’s what it’s all about.”

After the previous DFB President Fritz Keller was eliminated, the German Football Association needed a new boss. If Berti Vogts has his way, Uli Hoeneß would be the ideal person for the vacant position. The former coach told the Rheinische Post.

“For me, you need a strong man at the head of the association – and that can really only be Uli Hoeneß,” said Vogts. “Over the decades he has shaped FC Bayern into a world club, and his word is heard by both UEFA and FIFA.”

According to Vogts, Hoeneß would also be well received by the representatives from the amateur sector: “He knows how important the regional associations are, because there, too, talents are growing up that we need in German football, not just in the academies of the professional clubs,” said the 74th -Year-old: “Despite all the quality and size, FC Bayern has remained a real club, which makes it so special in the concert of the greats.”

Douglas Costa is about to be transferred to Gremio Porto Alegre in his native Brazil. Costa has his salary claims according to information from SPOX and goal significantly reduced and a transfer made possible again.

“He is ready to make big concessions, if you take his salary in Europe into account. We have also accommodated him and now we are no longer far apart,” confirmed Gremios Vice President Marcos Hermann after a round of negotiations on Wednesday.

FC Bayern, News: Women and children in the quarantine training camp too