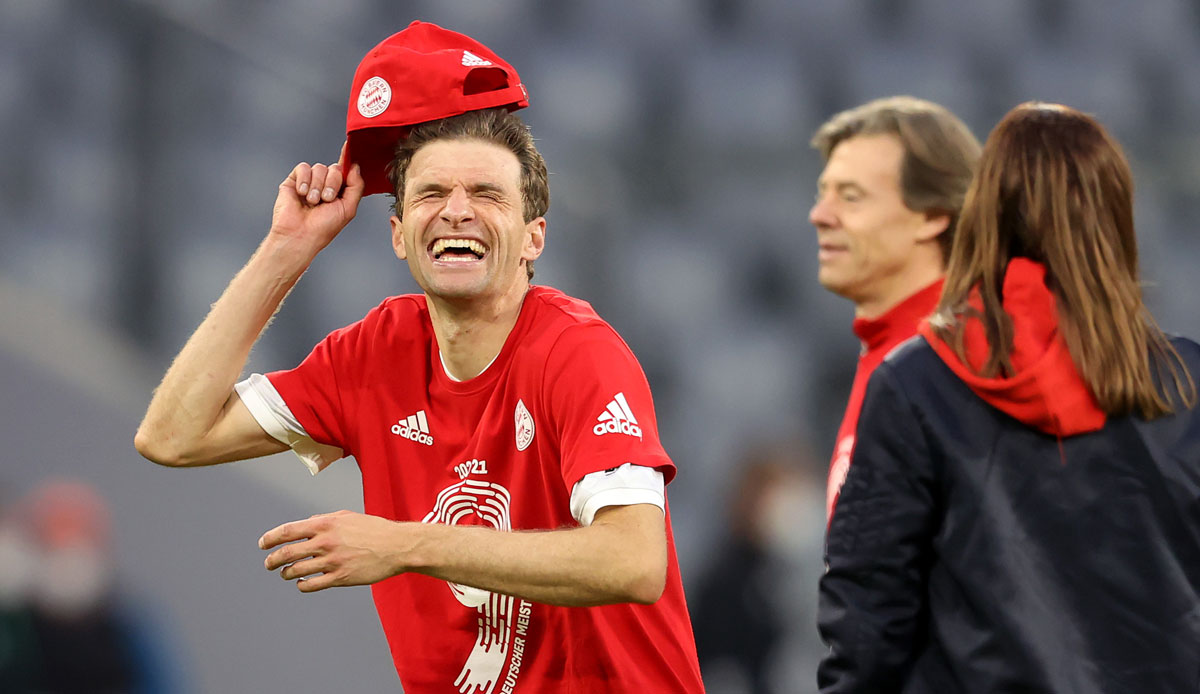 When the 31st championship title of FC Bayern Munich was already certain, the players celebrated a 6-0 gala appearance against Borussia Mönchengladbach and then a rather restrained championship celebration. The essence of this team has seldom been clearer.

When the master players of FC Bayern Munich still felt a touch of exuberance a few minutes after the final whistle, everything had to be perfectly staged immediately. The stadium DJ turned the music down a bit in the empty arena, two photographers got ready – and then the team jumped arm in arm in a circle for a few seconds and shouted: “Campeones, Campeones, ole , ole, ole! ” Great video, great pictures!

In terms of exuberance, that was the climax of a championship celebration that actually started around an hour before the game against Borussia Mönchengladbach kicked off – but never really. Because Borussia Dortmund had won against pursuers RB Leipzig, FC Bayern was already the champions at 5:22 p.m. For the 31st and ninth time in a row.

“There was a murmur through the catacombs. And then we pushed ourselves to top it off,” said Thomas Müller, who personifies FC Bayern’s obsession with victory like no other. Just like David Alaba, Müller secured his tenth championship title, with which the two set a new record. There are also two Champions League victories, several DFB cups, Supercups and other trophies and trophy areas.

When the players entered the stadium interior to warm up as champions, the homage was already prepared: large 9s were displayed on the video screens and the “German football champions FCB” echoed from the boxes. The Bayern players didn’t sing or even dance to go with it. They warmed up conscientiously, went back into the dressing room, ran in and then destroyed Borussia Mönchengladbach, after all still fighting for the European starting positions. The 6-0 win was the second highest of the season after the 8-0 win against FC Schalke 04 on matchday one.

After less than two minutes, Robert Lewandowski scored the 1-0, whereupon Müller got the ball after a short jubilation and brought it into the center circle. Gladbach should please finally toast so that FC Bayern can score the next goal in a timely manner. Müller then took care of that himself (23rd), on the way back to his own half he shouted: “Carry on!”

So the team continued and scored four more goals: Kingsley Coman (44th), Leroy Sane (86th) and Lewandowski twice (34th and 66th). The 32-year-old Polish striker now has 39 goals this season after his three-pack. In the last two games he is only missing one goal to set Gerd Müller’s record from the 1971/72 season. Well, we’re at FC Bayern. So: two to set a new record.

Especially in the first half, FC Bayern pressed so hard and aggressively that Gladbach was barely able to free himself from his own penalty area at times. To ensure that goalkeeper Manuel Neuer was also checked, Müller finally headed a Gladbach free-kick cross on his own goal in the 42nd minute. It was probably unintentional, but it might not be. Anyway, Neuer parried.

Müller and Alaba applauded after this action, just as they applauded after the final whistle when their working day, which had given them their tenth joint championship title, was over. Together with their colleagues they then stood in the center circle and waited for two supervisors who brought little red bags with red master caps and red master shirts. Nobody seemed really greedy for it.

Hansi Flick: “Unfortunately only the championship”