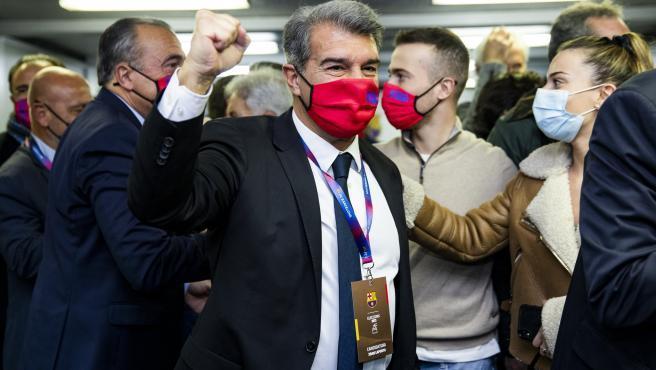 The good news begins to arrive at Can Barça. The american bank Goldman Sachs and the Barça club have reached an agreement for the issuance of a loan of 500 million of euros to get oxygen economically and that will begin to be received this season. The club will be able to restructure the debt and deal with the short-term pending payments.

This agreement was one of the priorities of the board of directors chaired by Joan Laporta to be able to offset the first debts before the end of this season. As reported by L’Esportiu, the club will receive 100 million immediately so that the debt with the sports personnel can begin to be paid off.

“This credit will give air and stability to the club. We can be calm this season and the one to come. We have put ourselves in the worst case scenario, not to enter the stadiums in the whole next season. Even so, we can be calm after this operation, “club sources tell the aforementioned media.

Barcelona ended last season with a net debt of 488 million, with a total liability of 820 ‘kilos’ of which 403 were short-term. However, this agreement is oblivious to ‘Espai Barça’ the pharaonic project that the club wants to carry out to redevelop what is known as ‘Camp Nou Island’ where the Barça stadium and the Palau are located.

Now it only remains to be seen if this credit will also be used by Barça to carry out the “renewal“Of which Laporta spoke last Tuesday or, at least, allows him to give the Catalans some oxygen for the next transfer market.