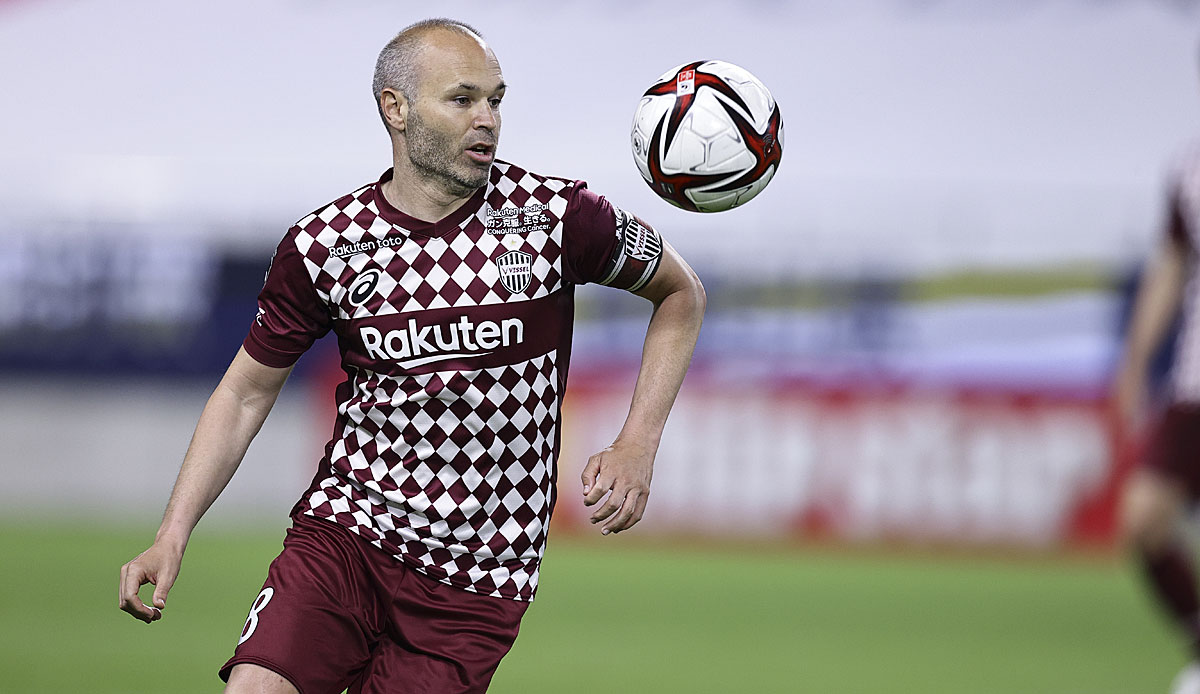 Former Spanish world champion Andres Iniesta extended his contract with Japanese first division club Vissel Kobe for two more years on his 37th birthday on Tuesday. The long-time Barcelona professional has been playing for the club in the J-League since 2018.

“I will continue to pursue my ambition to make Vissel Kobe a stronger club,” said Iniesta, who recently recovered from a hamstring injury: “I am determined to do as much as I can to help this team to a higher level bring to.”

Iniesta had led Vissel Kobe to the first Japanese Super Cup title in 2020. Due to his injury last December, he was out for several months and made his league comeback in May.

With the Spanish selection, the midfielder won the 2010 World Cup as the winning goal scorer and the European Championship in 2008 and 2012. Iniesta won the Champions League four times with Barcelona.