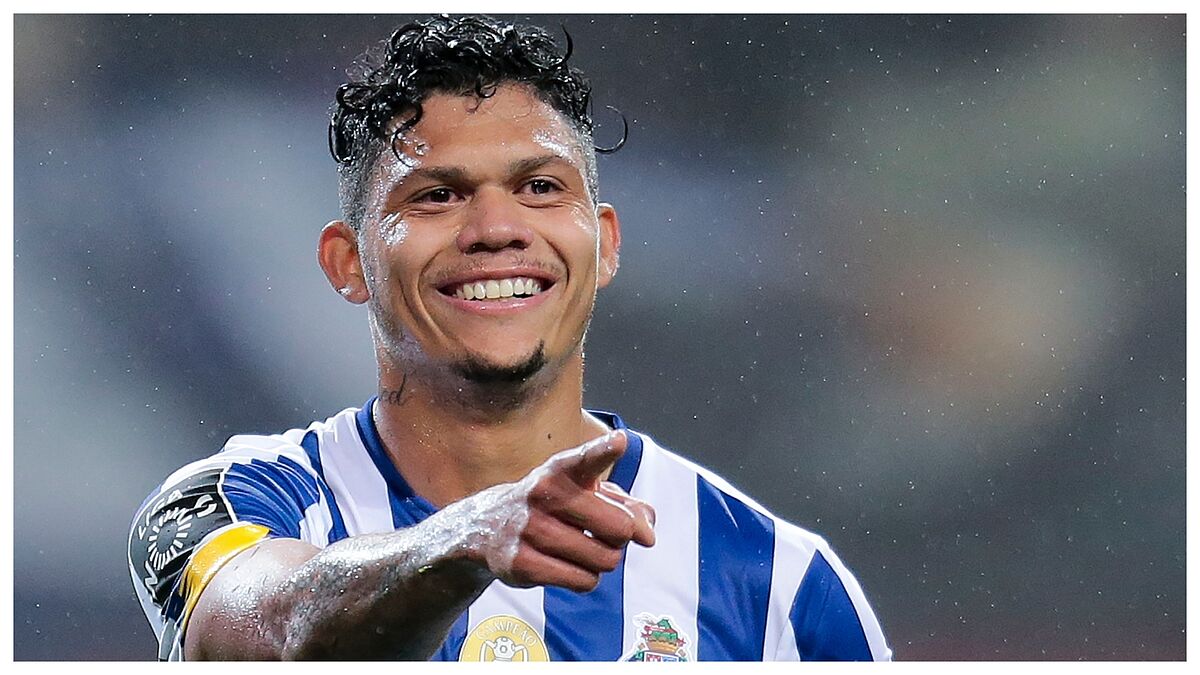 ANDhe Manchester United has 180 million euros in cash to spend and Erik ten Hag has already made it clear that signing a ‘9’ is a priority. And not just any ‘9’. The chosen one is Francisco Evanilson de Lima Barbosa ‘Evanilson’ (Fortaleza, 10-6-1999).

However, the first offer from the ‘red devils’ (60+5 million) has been rejected by Porto. The man. United’ prepares a second offer valued at 70 ‘kilos’, but the ‘dragons’ do not move, for now, from the 80 million that their termination clause marks. One thing is for sure: Evanilson will unseat Éder Militao (50 million) as the biggest sale in Porto’s history.

Evanilson, signed from Fluminense in 2020 for 8.8 million euros, has just closed the best season of his career. His 21 goals (14 in the League and seven in the Cup) in 45 games have been key in Porto’s double. Only Taremi (26) has surpassed him in scoring.

Gone are the adaptation problems of his first year, when he scored more goals with the reserve team (6) than with the first team (4). “It was a difficult season. I had to adapt to a completely different kind of football. Playing with the ‘B’ was positive because it helped me pick up the rhythm of the game,” he acknowledges.

Of course, there are no limits: “I’m at a good level, but I’m not at the top yet. CI will continue working to continue growing and if a great team appears…”, he recently pointed out in ‘Lance’.

His way of playing has earned Evanilson quite a few nicknames since he made his debut with Fluminense. ‘Evan Basten’, ‘Evanilshow’… His childhood idol is Cristiano Ronaldo, with whom he could share a striker at Manchester United, but if there is any nickname with which he identifies, it is ‘Lewanilson’.

“I like the nickname ‘Lewanilson’. They put it on me when I was still at Fluminense and I like it. It refers to Lewandowski, who is one of the best strikers in the world and a great reference”, he pointed out in an interview with ‘Betanomag’.

The nickname ‘Lewanilson’ was given to me in allusion to Lewandowski. I like him, he is one of the best strikers in the world

He didn’t play as a striker…

If there is a key person in Evanilson’s career that is Gustavo Leal, with whom he has coincided in up to four stages: Three in Fluminense and another in the Brazilian Olympic team.

Leal was the one who ‘separated’ him from the band to play in the center of the attack. “When I met him he was extreme. He had a good physique and associated well. Therefore, I understood that if he focused it, it would increase his productivity”, he points out in an interview with ‘Mais Futebol’.

Said and done. “Evanilson (right-handed) showed a great ability to go down to receive, associate, drop to the band. He can play with two strikers or act as a solo ‘9’. He is strong holding the ball (he is 1.87 meters tall), but he also likes to attack the spaces behind the defense [le encanta prolongar la jugada de tacón]. He is obsessed with scoring. There are those who say that he even rushes when it comes to shooting”, continues Gustavo Leal. His 87 goals in 233 official matches with Fluminense prove it.

Evanilson showed a great ability to go down to receive, associate, fall to the band. He can play with two strikers or act as a solo ‘9’

Porto was not Evanilson’s first team in Europe. His landing on the Old Continent took place in 2018 to join the ranks of the STK 1914 Samorin.

“Fluminense had an agreement with Samorin and from time to time he sent players to Europe. At first I was kind of like this… I didn’t want to go, but I ended up traveling to Slovakia with five other Brazilians and it helped me gain experience. I played at -10ºC. I’ve never been so cold, “he admits. During his time in the II.Liga he left six games, three goals and one assist.

He almost hung up his boots over his mother’s death.

Evanilson had to overcome in 2017, a year before coming to Europe, the worst ‘drink’ of his life. His mother, Magdalena, died suddenly.. He had such a bad time that he was about to throw his career on the ground…

“I really wanted to leave everything and leave football. They had a beautiful relationship and Evanilson’s world came crashing down. He parked football for a while. Luckily he had the strength to turn everything around”, José Neto, his first coach, tells ‘Mais Futebol’.

Evanilson, after the death of his mother, really wanted to leave everything and quit football

He wants to go to the World Cup with Brazil

Evanilson is close to making the leap to a big … but has another target between eyebrow and eyebrow. Debut with Brazil. For now he has to settle for having played with the Olympian.

“My dream is that Brazil calls me. I have worked hard this year for the opportunity to come to me. For now it has not been possible. The World Cup is close, but I will work to the maximum”, he confesses.