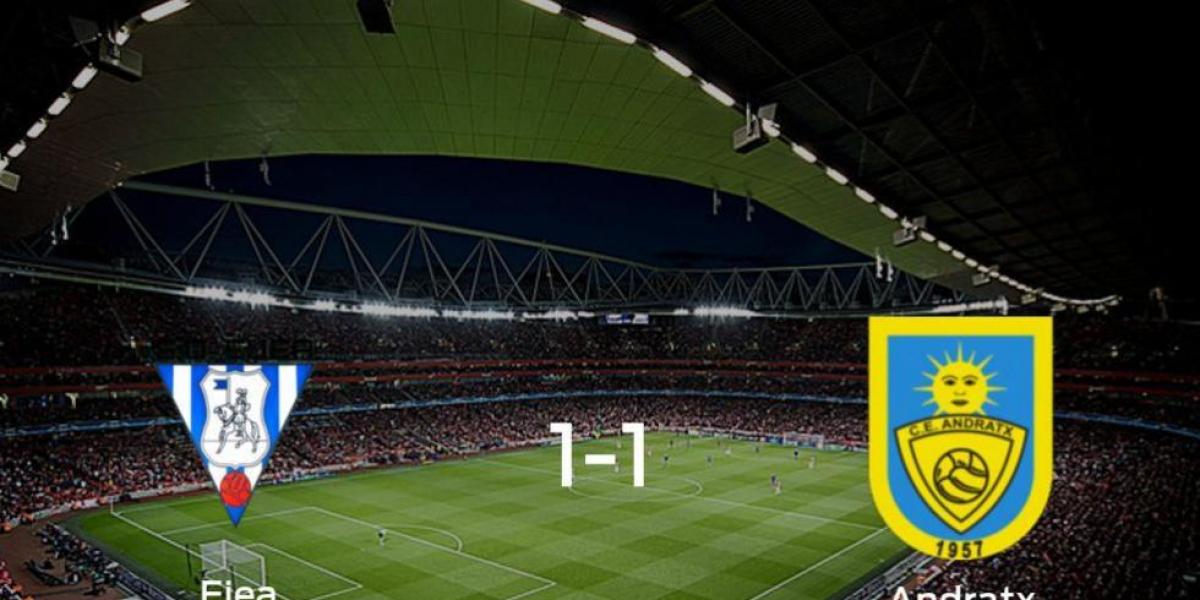 The match held this Sunday at the Municipal Stadium of Luchán and which faced Ejea and Andratx ended with a 1-1 draw between the two contenders. Ejea came to the meeting with strengthened spirits after winning at home by a score of 2-3 against CE Europe. On the part of the visiting team, Andratx beat Peña Deportiva at home 4-3 and previously they also won away from home, against Terrassa 0-1. After the result obtained, the team from Ejea was placed in sixteenth position, while Andratx, for its part, is eighth at the end of the duel.

The game started in a positive way for Ejea, who took the opportunity to open the scoring with a goal from Álex Sánchez in minute 10. But later the Andragan team in minute 21 achieved the equalizer thanks to a goal from Vinicius. After this, the first half ended with a result of 1-1.

In the second half, both Ejea and Andratx were able to take the victory but finally, the points were shared between both teams (1-1).

The referee cautioned Moustapha, De La Mata, Barrero and Lucho by Ejea and Pep and Bueno by the Andragan team with a yellow card.

With this result, Ejea is left with six points and Andratx with 13 points.

The next day the team from Ejea will play away from home against Ibiza I. Pitiusas, while Andratx will seek victory in their fiefdom against Huesca B.