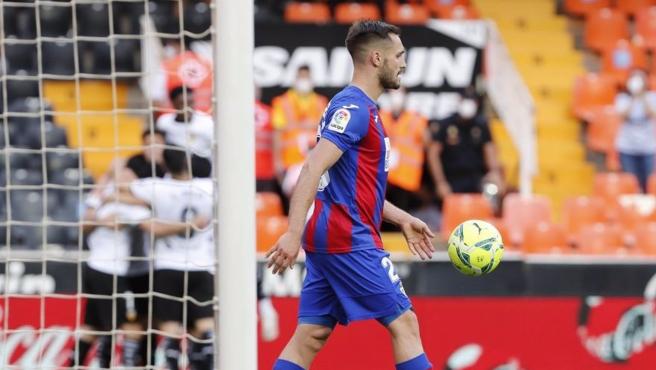 The penultimate day of LaLiga Santander left this Sunday the mathematical descent of Eibar, who lost (4-1) to Valencia, while Huesca, Real Valladolid and Elche will play salvation on the last day, just as the European fight between Real Sociedad, Real Betis and Villarreal will be decided.

The gunsmith box, which I started as bottom without margin of error, succumbed to relegation seven seasons later. Those of José Luis Mendilibar fell with a crash in Mestalla, with the return of the public, when they brought two victories and a draw in the positive line of the last days. Everything happened in half an hour.

Valencia, with Guedes and a double from Soler, made it 3-0 that made Mendilibar move to the bench. Bryan Gil improved Eibar a lot and Gil himself made it 3-1, but at the restart Guedes ended the faith of Eibar. The other two sentences to Second were left in the air with much suspense at the end of the afternoon of transistors.

Everything changed the Borja Iglesias converted a penalty in minute 57 and gave Betis victory over Huesca. The defeat of those of Pacheta left one more candidate, three, for those two places, while the Andalusians are worth to remain sixth. Huesca (33 points), Elche (33) and Valladolid (31) will play it.

The Elche team reacted in Cádiz (1-3) to the as much of José Mari in the first minutes. Elche was better and forgave, but in the second half they did. Pere Milla, Diego González and Fidel signed the comeback that leaves a heart attack outcome. Meanwhile, with nine changes compared to their previous eleven, Valladolid never had control of their match against Real, which they lost by a landslide.

Eibar returns to the Second Division seven seasons later. It is the first decline they have suffered since their arrival in the premier category of Spanish football.