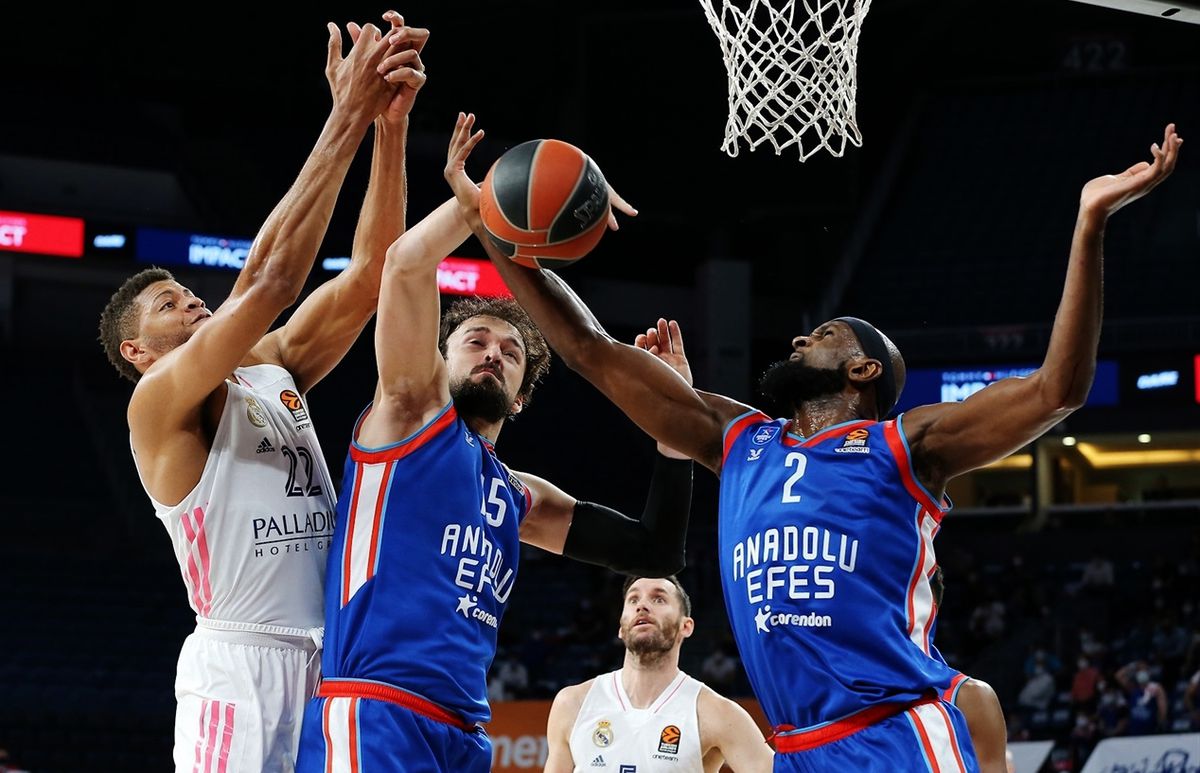 Efes finished off a moving Real Madrid in the last minute of match five, after a memorable tie, for the Euroleague showcases. The white team, present in seven of the last nine Final Four disputed, will not be in Cologne. Laso’s team stretched their surrender until the last gasp and managed to regain a 12-point deficit, but the decisive appearance of Larkin (10 points in the final stretch), Singleton’s hammer (26 points and a PIR of 38) and a devastating triple Simon’s in the absence of 39s definitively liberated the Turkish team in the battle of Istanbul. The ode to the resistance of the Madridistas remained without a prize but was varnished with honor. Once claustrophobia is over, Larkin and Micic’s vibrant Efes will fight for the glory that was taken away from the suspension by the pandemic.

The fifth round crowned a pulse to remember. Laso repeated the formula for sets and comebacks from the start. With Alocén, Carroll, Abalde, Garuba and Tyus in the starting five and the mutant zone defense back on the board. Ataman responded by reinforcing the rebound with Singleton and Dunston and shaking his rotation to alter the optimistic inertia of the Whites. The fight was unleashed, with Efes betting on the chewed possessions and Madrid on the vertigo in the transition and the triples. Between adjustments and hesitations, the whites managed to contain the initial onslaught of the Turks and took hold midway through the quarter (14-17, m. 6). Alocen’s nerve (seven points, two rebounds and three assists in the first seven minutes) was decisive and compensated for the good marking in that section of Balbay on Carroll. And Tavares reappeared in the tie, after falling in combat in the first round, to raise the ceiling and Madrid’s resources.

With the foundations laid, chess gave way to basketball and the exchange of triples marked the systole and diastole of the scoreboard, from 20-24 to 31-27. By then, the perimeter statistics and the battle for the rebound reflected the same balance as the fight on the court. As Simon and Micic took over from Singleton in the Turkish scoring, it was Thompkins who took care of Madrid’s next twist. Efes, accustomed to moving easily even in the games in which they were defeated, was losing determination and gaining anguish. The mix between Laprovittola’s tiento and Llull’s boiling consolidated the visiting plan before the trip to the changing rooms (33-39, m. 17).

He reviewed the Ataman chart at half-time and the reaction of his team was not long in coming. Between Micic, Sanli and Beaubois they put together a resounding 21-4 partial that left Madrid shivering (57-45, m. 25). Singleton was huge and the solidity of the whites in the first half was disproved in a flash. Doubts and pressure changed sides again. But, accustomed to express catharsis, Laso’s team regained their composure with a basket by Llull and two consecutive triples by Thompkins from the corner of the court (57-53).

Hardened in adversity, Madrid recovered the zone defense, armed itself with patience, surrendered to the indelible competitiveness of Llull and Rudy, and reduced the disadvantage to a few manageable figures before facing the home straight (60-57, m. 30). A triple by Laprovittola and a mate by Garuba on the counterattack sealed the Madrid reengagement with the match already being played on the ledge (62-62, m. 31). While Efes tried to close the ways of resurrecting their rival, a triple from Rudy and two from a notable Laprovittola served the whites to begin to dominate the pulsations of the duel. However, in the hour of the brave Larkin did not fail to support his team (with 10 points in the fourth quarter), from 73-75 to 78-75 with 2m 20s from the end.

Between Abalde and Tavares they placed the tie again. Llull missed a layup and Simon hit a museum triple (83-80). There were 38 seconds left, but Llull did not find the triple redeemer to complete the leap of faith for Laso’s team. Efes, more accurately, sealed their ticket to the Final Four in Cologne. Madrid died standing.