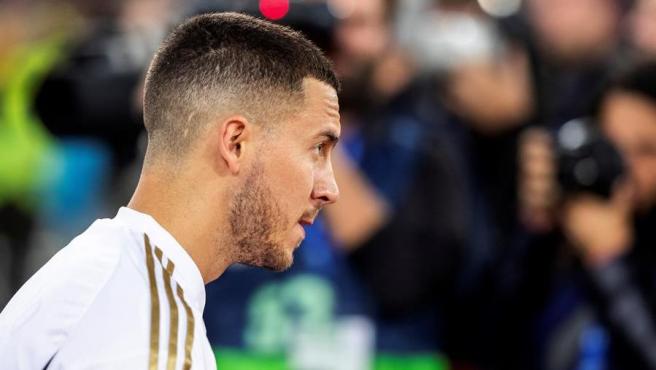 Eden Hazard recognized in an interview for the official website of the Lille, who throughout his career, while he was in the French team, Chelsea, Madrid or the Belgian team, did not respond in some big games.

Hazard was part of the Lille squad that won Ligue 1 in 2010. A little over a decade later, and a few days after his ex-club played another title on the last day, he recalled how he experienced that victory at the same time analyzed some moments of his career.

Questioned by the impact of the great players in the most important games, Hazard affirmed: “In Lille, in Chelsea, in the national team or in Real, there are great games in which I did not respond, I do not hide it. It is clear that today, it is often the great players who make the difference in the big games. And this is happening more and more “.

“Football is not the same as it was ten years ago. Today the matches are more closed. To win a great match you have to be collectively in the attack field moving the ball or have an individual capable of unblockingr the situation with a dribble or a hit, “he added.

Regarding Lille that won Ligue 1 in 2011, he assured that he remembers the entire season in which they felt “invincible” and declared that he still fondly remembers the French Cup final, the return to the city by bus and moments with his hobby.

“The pleasure was more intense, because it was the first trophy of my career. I came to Lille at 14, then I joined the first team, but I was not the only one. Others like Cabaye or Debuchy entered the club. Ten years later, we still talk about it, “he stressed.

Asked what memories he keeps from his time at Lille, he indicated that the French club was where he learned “everything” and where he became “a man”.

“When I left at 21 I still had things to discover, but it was in Lille that I learned everything.. There I began to train with professionals to discover the environment of football and stadiums. In Lille I also had my first salaries and where I lived in my first apartment. I learned about life and I owe almost everything to Lille, “he concluded.