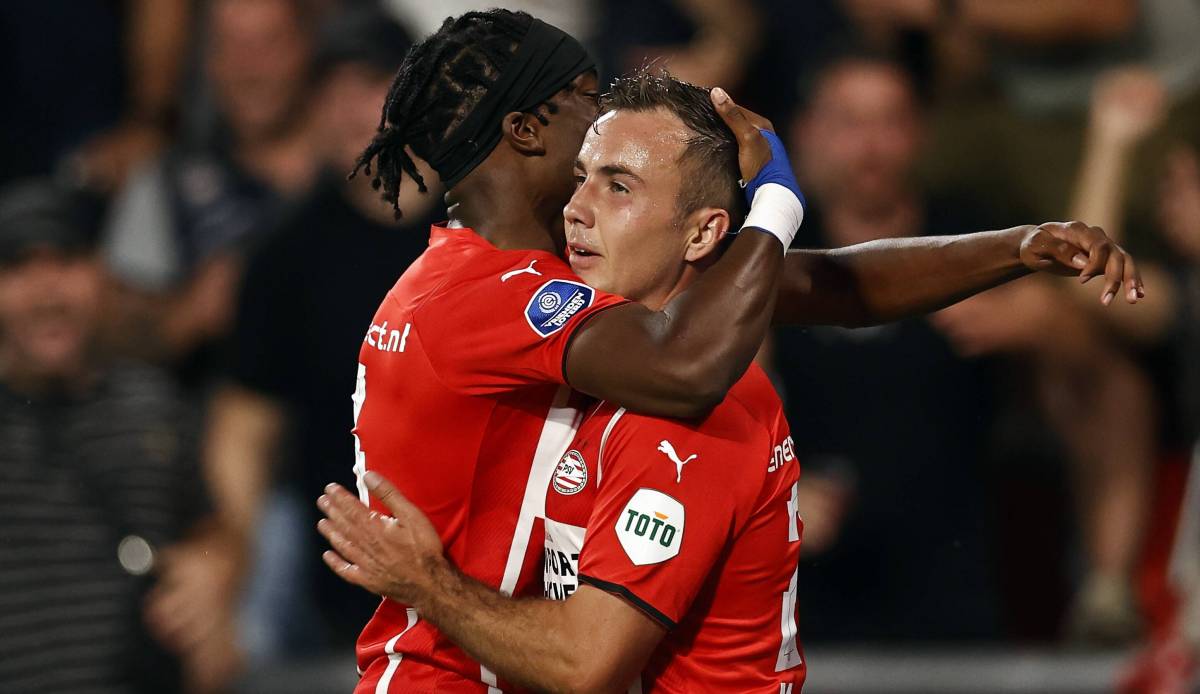 Mario Götze delighted the fans of PSV Eindhoven with a double in qualifying for the Champions League.

The fans in the crowded fan curve paid homage to their hero shortly before the final whistle. “Mariooo Göööötze, schalalalalala”, it echoed from thousands of throats through the Philips Stadium. Shortly before that, the German world champion from 2014 had put together a double for the Dutch runner-up PSV Eindhoven on the way to the premier class.

Götze presented himself in top form in the spectacular 5: 1 (2: 1) in the third qualifying round for the Champions League against the Turkish runner-up Galatasaray Istanbul. As a playmaker and goalscorer (52nd and 89th), the 29-year-old helped his team to a comfortable starting position before the second leg.

“What an evening – what a team”, tweeted Gotze, who had recently denied churn rumors, on Thursday: “Goals on the big stage always feel special, especially with fans behind you. I’m very happy with both of my goals – and Eran Zahavi didn’t play that bad either …”

In fact, the Israeli striker Zahavi with three goals (7th / 35th / 84th) was the co-star in the team of German coach Roger Schmidt, who had also sent national player Philipp Max and ex-Mainz Philipp Mwene onto the field. Max, who was not nominated for the EM, prepared Götze’s second goal.

Götzes Eindhoven: If you advance against Celtic Glasgow or Midtiylland

Although Götze and Zahavi had left their mark on the meeting, Schmidt did not want to highlight any of his protégés. “We have developed further as a team – and we have to,” said the former coach of Bundesliga club Bayer Leverkusen: “For a coach, it’s nice to see when the team is taking steps in the right direction.”

However, PSV has not yet reached its destination. Even if nothing goes wrong in the second leg in Turkey, the 24-time champions will have to survive the play-offs before entering the group stage. The Scots from Celtic Glasgow or the Danish runner-up FC Midtjylland are waiting there.