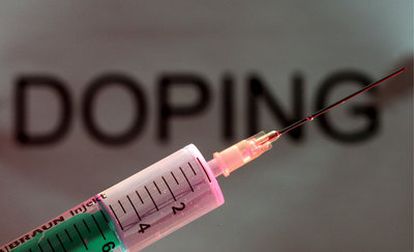 The Government announced this week the approval of a new draft Organic Law to reform doping in sport. The reason, the updating of international regulations, of a private nature, which is reflected in the World Anti-Doping Code and whose principles are applied in the States that sign the European Convention against Doping, including Spain. The objective of the fight against doping is a worthy objective, it would be, laudable and plausible. It attracts adherents, although it is true that it has produced enormous disappointments, probably because the police are almost never ahead of the thieves.

The international model of doping control has been uncritical with its level of demand and the level of collision that its methods produce the sphere of freedom and the results obtained. For many of us, the image of what happened with Russia and the lack of assumption of responsibilities in this event marks a central difficulty in the credibility of the project. Everything failed and everyone looked the other way.

But beyond this, it is true that the integration of the requirements of the Code into legal systems is, without a doubt, a problematic task, as the State Council’s own Opinion to the Bill has just pointed out. The difficulty lies in finding formulas legal, constitutionally admissible, for some of the doping detection mechanisms that have been proposed. One of them, significantly complex, is that of the biological passport that introduces us to the field of presumptions and the reversal of the burden of proof. This terrain is very complicated when it comes to public sanctioning power regardless of whether it is or has specialties.

The presumptions of such a high level, the permanent location, the obligations of mandatory presence are mechanisms that, in Law, it is difficult to admit because they impose a sacrifice on the sphere of personal freedom if it were not for the special connection of athletes with the sports movement and the existence of a consent (more or less voluntary) would not be admissible.

The objective is important, but probably the central problem is the focus. We think – almost all (except Germany) – that the legal good is public health and, later, individual health. Finally, today, it is easier to establish everything on the basis of sports fraud than to go to health titles in which most of the laws are not comfortable except for the cases of general prevention.

Fraud being the legal asset to be protected, a central problem arises, such as whether criminal or administrative law or private law should be the branch of the Order that should try to avoid or punish it. It is probable that here is the beginning of the problem of fit, in which we should ask ourselves about the public interest in many activities and in many sectors, especially if in order to be there, such complex adaptations as the one proposed here must be produced.