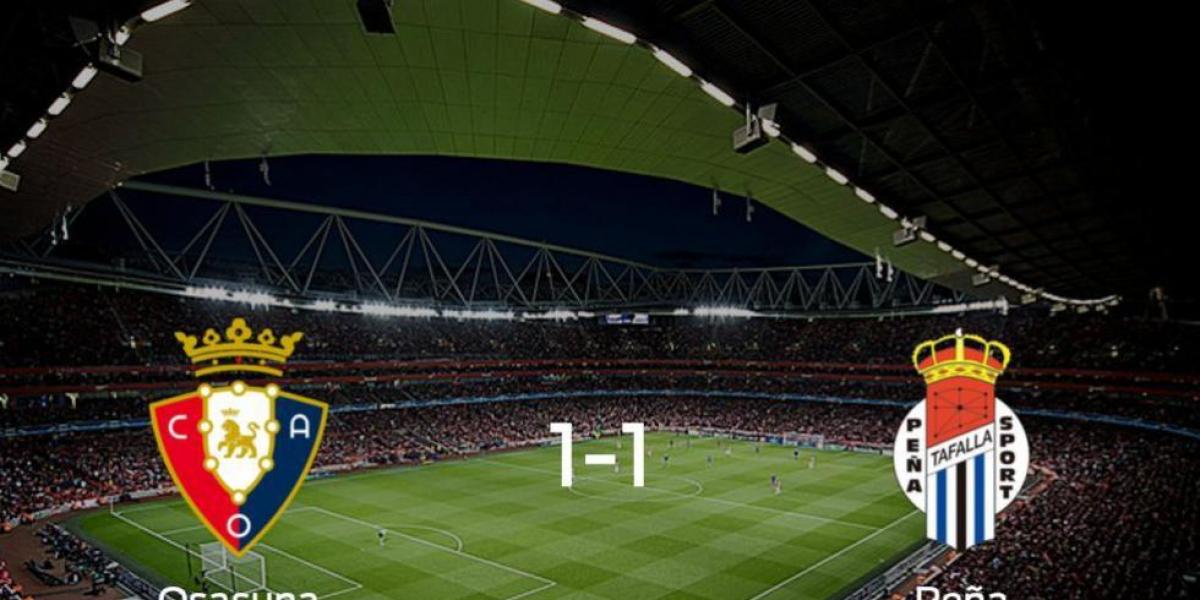 Osasuna and La Peña tied one in the match held this Sunday at the Sports Facilities of Tajonar. Osasuna Promesas came into the game with strengthened spirits after winning at home by a score of 1-4 at CF Ardoi. On the part of the visiting team, Peña Sport reaped a 0-0 draw against Sestao River, adding a point in the last match held in the competition and accumulating three consecutive draws in the competition. After the result obtained, the Pamplona team was placed in third position, while La Peña, for its part, is seventeenth at the end of the match.

The match started in a positive way for Peña Sport, who took the opportunity to open the scoring with a goal from Ilincheta moments after the start of the match, in minute 4, concluding the first period with a 0-1 in the light .

In the second half, luck came for Osasuna Promesas, who put the tie thanks to a goal from Xabi Huarte just before the final whistle, specifically at 87, ending the match with a final score of 1-1.

The referee showed three yellow cards to La Peña (Vania, Javier Alonso and Perujo). He also showed a red card to the visiting team, which caused Olcoz to be sent off. On the contrary, the home team left the game clean of cards.

At the moment, Osasuna remains with 17 points and La Peña with five points.

The next round of the Second RFEF will face Osasuna Promesas away from home against Cayón, while Peña Sport will face SD Gernika at home.