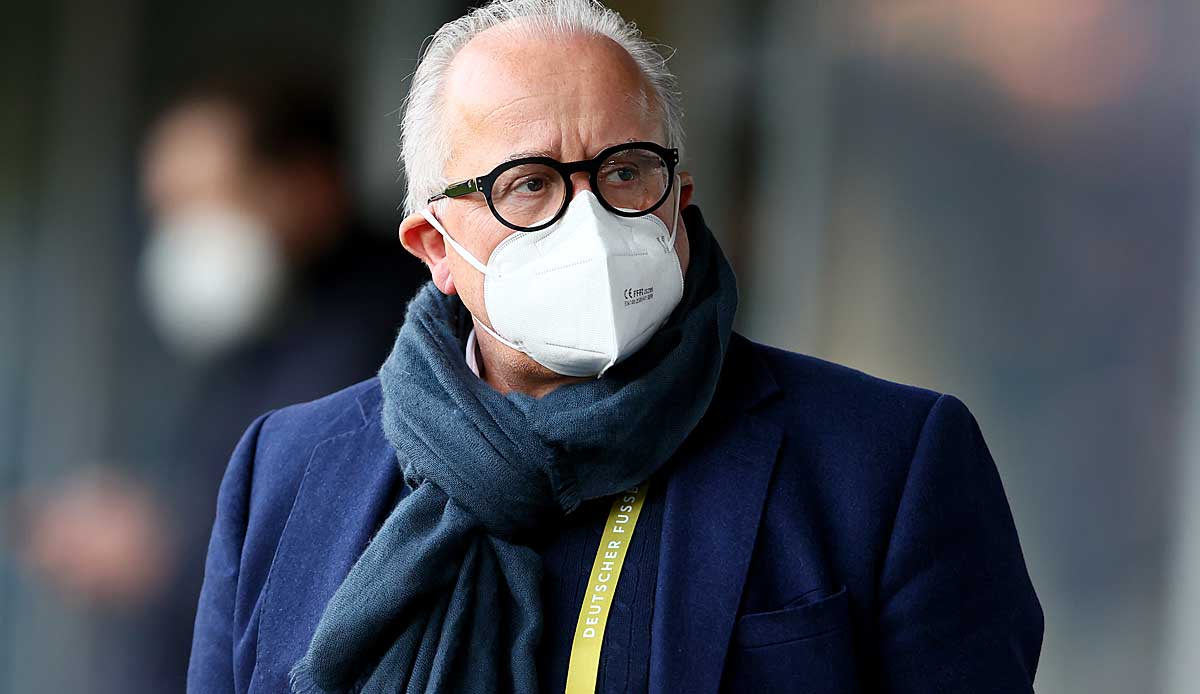 The badly ailing DFB President Fritz Keller continues to fight for his job. On Thursday he received support from Charlotte Knobloch.

The box with fine wine and the lush bouquet of flowers are unlikely to save Fritz Keller’s job – the gifts from the DFB President on his “sorry tour” made a difference anyway. After several days at the diving station, Keller met Charlotte Knobloch on Thursday. The high-profile charm offensive, including the backing of the former President of the Central Council of Jews in Germany, makes it clear that the badly ailing association boss is far from giving up.

The conversation between the DFB boss and Knobloch in Munich was about the Nazi scandal caused by Keller, which put the 64-year-old in distress. Keller had compared his deputy Rainer Koch in a meeting with the notorious Nazi judge Roland Freisler. With this, Keller dramatically escalated the association’s leadership crisis – even Knobloch’s benevolent words did nothing to change that.

“There is no question that he made a mistake with his careless statement. He has already apologized for it,” said the 88-year-old: “But a single verbal mistake does not undo Keller’s longstanding commitment, and it also changes nothing about the person Fritz Keller, whom I know and continue to appreciate. “

Keller himself tried again to explain his verbal derailment. “I said something out of emotion in a conflict that I deeply regret. It has nothing to do with me and my attitude,” said the DFB boss: “That’s why I’m currently talking to various people to get things straight and I would like to thank Charlotte Knobloch (…) for her advice and a very open conversation. “

Before the meeting with Knobloch, Keller had disappeared from the scene for days – although the DFB is in one of the biggest crises in its history, for which the president, who has been in office since September 2019, is largely responsible.

Keller had neither commented on the suggestions of his opponents at the top of the association to withdraw (General Secretary Friedrich Curtius and Treasurer Stephan Osnabrügge) nor on the more violent than ever raging battle between professionals and amateurs. There was also nothing to be heard from Keller about the escalating dispute into which DFB Vice Koch and DFL boss Christian Seifert maneuvered.

The intentions of the DFB boss was and is still eagerly speculated. Some say behind closed doors that Keller does not want to comment on his future and let the storm pass by – at least that is what his advisors suggested to him. Others claim that a statement from the president is imminent.

After all, the sports court can expect to hear from Keller soon. He is expected to be admitted by the end of the week. Many consider this explanation to be hardly relevant anymore. For numerous critics, one way or another, Keller is no longer acceptable after his unspeakable statement – they see his resignation as long overdue.

Only Keller has evidently not yet come to this conclusion. From association circles you can hear that he sees his mission at the DFB as far from being fulfilled.