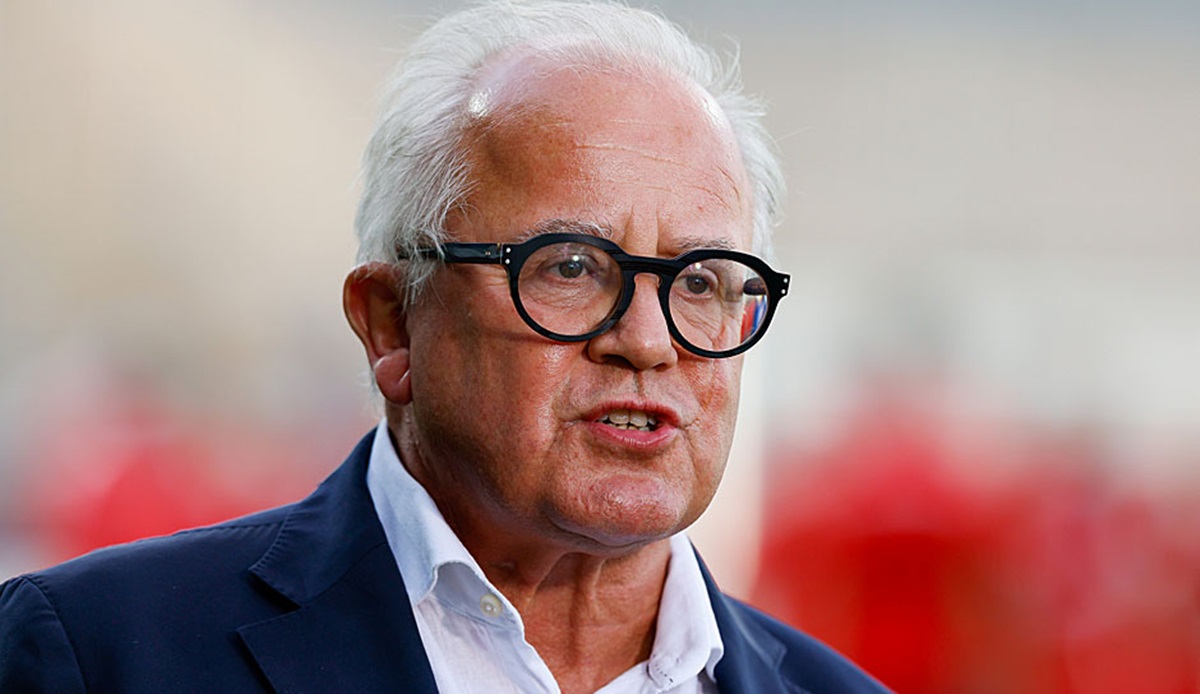 The verdict in the proceedings against the outgoing DFB President Fritz Keller because of the Nazi scandal he caused has been postponed. A decision is not expected until the middle of next week.

Fritz Keller followed the Dortmund Cup victory as a silent observer in the Berlin Olympic Stadium, but he had his last big appearance as DFB President behind closed doors – as an “accused”. In a closed hearing on Friday afternoon, the 64-year-old was the first DFB boss to appear before the sports court of the German Football Association. Although the ethics chamber postponed the ruling in the Nazi scandal, this should not have any influence on Keller’s resignation announced for Monday.

“A decision is expected in the middle of next week,” said Hans E. Lorenz, who chaired the meeting as chairman of the DFB sports court, following the roughly three-hour hearing. As early as Tuesday, Keller had declared his “general willingness” to resign “after the negotiation before the DFB Sports Court” had been concluded.

After massive pressure and repeated calls to resign from the regional and state associations, Keller, who had only been in office since September 2019, announced his withdrawal. Why he took the aisle in front of the sports court, not only caused astonishment with Lorenz. “With a certain surprise,” he said he was aware of Keller’s plans SID in advance.

It was heard from association circles that Keller should be able to make a face-saving exit with a mild judgment – but after his verbal derailment from the presidium meeting on April 23, this was no longer possible. There, the DFB boss compared his vice-president Rainer Koch with the Nazi judge Roland Freisler and caused general horror, even if Keller has since apologized several times.

Because while General Secretary Friedrich Curtius wants to follow his intimate enemy Keller directly from the hopelessly divided top management, a trio can continue until the Bundestag is brought forward at the beginning of next year. Vice-Presidents Koch (amateurs) and Peter Peters (professionals) will lead the DFB on an interim basis, and treasurer Stephan Osnabrügge will also remain in office until the Bundestag.

The Koch personality in particular is a thorn in the side of many. “We have seen a lot of new beginnings in the DFB. That is why I see it a bit critical if Rainer Koch falls back into the role of organizing this transition,” said Dagmar Freitag (SPD), chairman of the sports committee in the German Bundestag, the Bavarian Broadcasting Corporation: “He’s always been involved in the past – and we’ve all seen what came out of it.”

But even Peters, who has been responsible for the decline of Schalke 04 as a long-time CFO, is questionable as a manager. Record national player Lothar Matthäus criticized the salami tactic as “sham” on Sky. Koch had ruled out a further candidacy as 1st Vice President Amateurs at the next Bundestag – but not a stay in the Presidium as a representative of the South German and Bavarian Association.

The DFB would do well to be able to concentrate on the main challenges again by starting over from scratch. The outgoing national coach Joachim Löw also called on the sidelines of the cup final to focus on sport again in the future. “Youngsters and amateurs have been waiting for months to be able to play again. It must finally be about football again, that is the task and the DFB is challenged,” said Löw in the ARD.