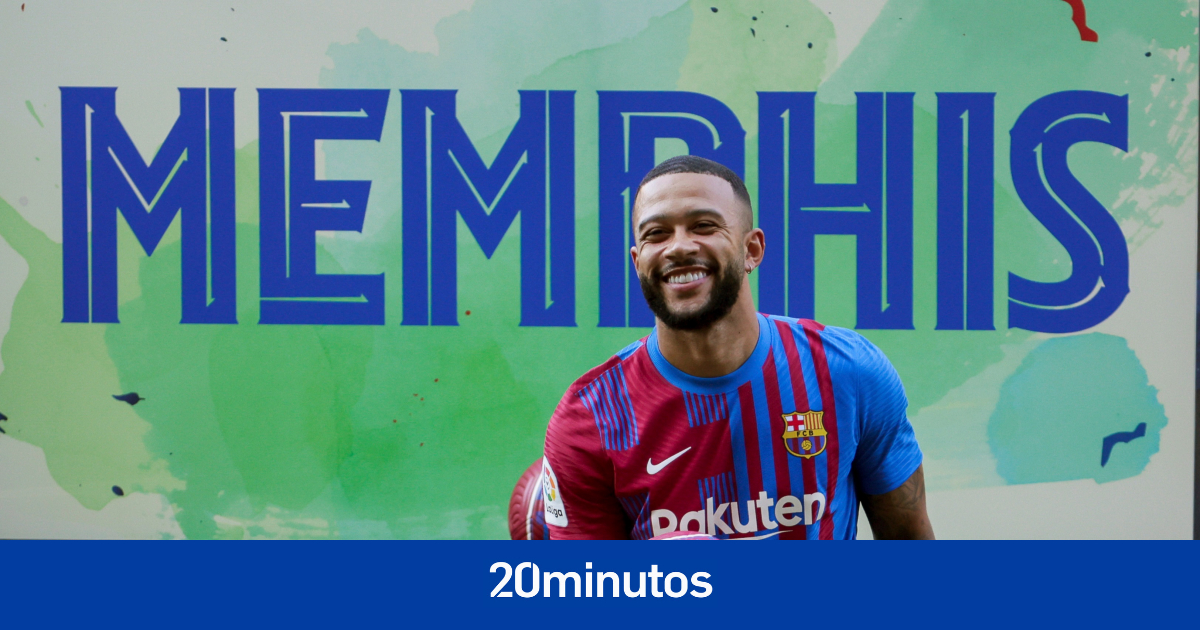 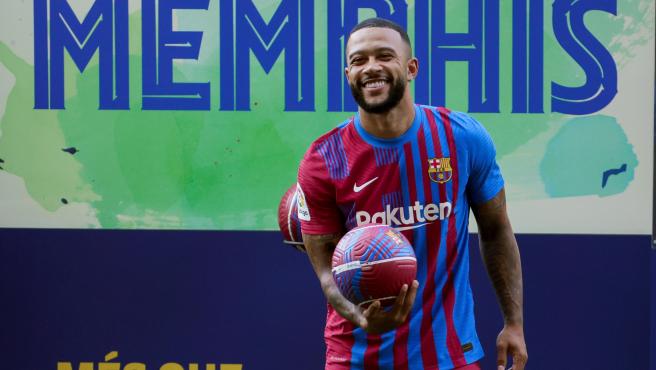 The new FC Barcelona player Memphis Depay was presented this Thursday at the Camp Nou and affirmed that the coach Ronald Koeman influenced in his signing, but he confessed that he had also arrived at the Blaugrana club because “You can’t say no to Barça”.

The 27-year-old Dutch striker from Olympique Lyonnais signs until 2023 and will have a termination clause of 500 million euros, as reported by the president Joan Laporta during the presentation of the new culé player.

“It’s a honor Being here is a dream come true, since I was little I dreamed of this. There have been very long conversations but the will has always been present. Thanks to this board of directors, my team and everyone who has made it possible. I am sure that all the passion of this club, its players, its coaching staff, managers, the city and the journalists know how great this club is and the impact it has, “said the Dutchman in his first words as a culé.

“To be here at the age of 27 and achieve my dream is something amazing and fantastic. I really want to play and be in the stadium with all the players and fans. I am delighted, the team is ready for the new season and we are rested. The time has come to go back to work and collect trophies showing ambition“, he pointed.

“Thanks also to the coach for the willingness to bring me and place in me the trust he placed in the national team. I hope to return that trust to the club. I am very happy. I think of God above all else and I am very happy to face the future in this club. I hope this relationship is very long lasting. It’s a prophecy“Depay said.

Before he spoke again, Laporta revealed that Memphis Depay’s grandfather already made Barça the skilled forward when he was just a child. “My grandfather gave me a Barça shirt when I was five years old. I am Dutch and I have been raised with the legends of Barça“he added.

About the coach Ronald Koeman, whom he knows well from his time in the Dutch national team, said it was important for his signing. “He would have signed for Barça anyway, but it has influenced, it is clear. He put me as a center forward when I played on the wings and has made me grow in other positions. He took the step with me and it worked and now he has taken the step of bringing me to Barça. You cannot say no to Barça“he added.

In addition, Depay had words for messi, whom he described as “the best player in the world.” “I have seen all his games and the whole team, obviously, but he is a legend. I really want to play with Messi, his qualities are undoubted and I am a big fan. Everyone would like to know how to do with the ball what Messi does. I took a tour of the club’s museum yesterday and saw all their Ballon d’Ors. I’ll probably have another one soon. It’s a dream to play with him“, he reiterated.

On other issues, Depay assured that he is not concerned about the club’s salary limit. “No,” he said when questioned in this regard. “I’m focusing on my thing. At the club he is looking for creative ways to continue as before. This does not worry me much, I I am here to win titles and the business or business part does not concern me. The board will take care of it. The situation will be different when people return to the stadium, “he stressed.