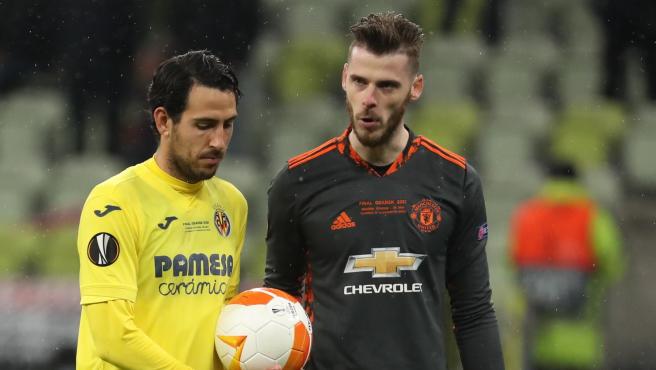 David De Gea has several virtues as a goalkeeper, but that of stopping penalties it is not one of them. Not for one in official match since April 2016 (to Lukaku, then in the Chelsea) and 25 goals conceded from that point since then. The last eleven were in the epic round with which the Europa League at the request of the Villarreal.

It is not for lack of work and interest. On the contrary: De Gea had thoroughly studied which side his rivals took penalties, and He had it written down on a ‘cheat sheet’ that he had taped to his towel. The image, revealed by Sky Sports, makes it clear that he knew in advance where, predictably, his rivals were going to throw him.

It was of absolutely no use to him, since in several of them he did not hit the right side to jump on and those that did he fell short. Some brushed it, but it was useless. Nor did he heed the annotations at all. For example, the case of Moi gomez: I had aimed that he was going to throw in the middle, as it was, but he threw himself to the left.

The one that did not have an entry was the one from Rulli, who did have the right to score (he had not taken any penalty in his life, as he later confessed) and also to stop De Gea his.

The Spanish goalkeeper will be a few days off before joining the concentration of the Spanish team for the Eurocup, where ownership is not guaranteed far from it. The highest earning goalkeeper in the world points to substitute for Unai Simon, which already won the place in the eleven of the selection in the last concentration.