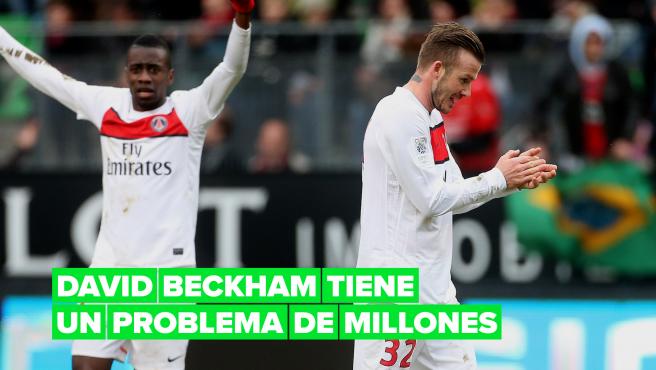 Inter Miami already made history this Friday in MLS, the United States soccer league and it was not precisely because of their good work, but because they violated the rules of the salary budget that it cost you one $ 2 million fine, the greatest of all time.

Based on a total available of $ 19.2 million in those two seasons, the money penalty per assignment amounts to 11.9% of Inter Miami’s salary budget during that time. In addition, the league also issued a personal fine of $ 250,000 to Inter Miami’s managing owner Jorge Mas.

MLS announced last March that it was opening a investigation into the hiring of French midfielder Blaise Matuidi and if he was within the league’s salary budget and current guidelines. The result of the investigation could not have been more devastating for Inter Miami in its management as it was found that there were all kinds of irregularities not only with Matuidi but also with even four more footballers.

In addition to the Frenchman, Andrés Reyes, now a New York Red Bull player, Leandro González Pirez, Nicolás Figal and Julián Carranza are under scrutiny. Nevertheless, the league has not wanted to involve the players and has limited himself to saying that they had not committed any infraction nor did they know anything in which the team participated.

The sanctions Eclipse previous record fine of $ 150,000, which was imposed on Real Salt Lake owner Dell Loy Hansen in 2015 for comments he made about ongoing collective agreement negotiations.

In addition, the former sports director, Paul McDonough, who held that position in 2020 before assuming the role of athletic director at Atlanta United FC this season, has been suspended by the league until the 2022 season. As soon as McDonough’s suspension was known, Atlanta Unitede decided to dismissal of the organization.

For its part, Inter Miami, also through a statement, Mas acknowledged that they had violated MLS rules throughout the first season in the league. “Inter Miami is an ambitious club with high aspirations. We believe that our fan base, market and group of owners drives us to be one of the most followed North American soccer teams in the world. We are committed to supporting our team and build the exemplary squad, “added Mas.

In addition, the league has also established Inter Miami, which is also owned by former English player David Beckham, to develop a plan to ensure compliance with budget rules league salary. That plan will be delivered to the MLS next Monday at the latest and without which they will not be able to operate in the future either.

MLS has long used a salary budget to limit compensation costs of the players. These amounts are collectively bargained with the MLS Players Association. The total allowed for 2020 is $ 9.225 million, increasing to $ 9.325 in 2022 and then $ 9.83 million in 2023.