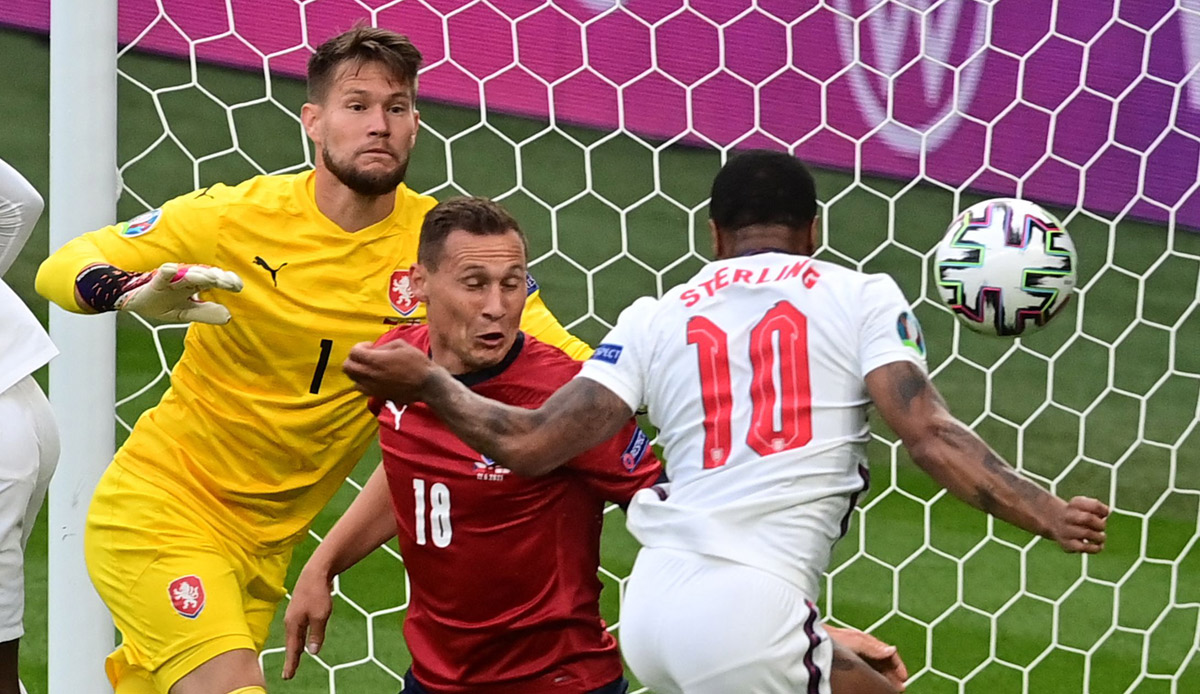 With Italian minimalism, England secured the group victory by beating the Czech Republic 1-0. In the European Championship round of 16, the Three Lions have another game at Wembley.

Prince William was rather quietly looking forward to the grandstand, but the majority of the 22,500 English fans dreamed of great deeds during the again lackluster presentation of their favorites when they started the inevitable “Football’s coming home”. For the next step, the Three Lions have to improve again despite the 1-0 (1-0) over the Czech Republic and the group victory.

“Sometimes we played very well,” said Raheem Sterling, who scored the golden goal in the 12th minute: “The Czechs hardly allow any goals, they did it solidly. The most important thing is that we don’t get a goal ourselves.”

As number one in Group D, the EM minimalists, who scored seven points with 2-0 goals, will now face the second in Group F – currently occupied by the German team – next Tuesday. “We had the goal from the beginning to win this group. If you want to win the tournament, you have to beat everyone,” said Sterling succinctly.

With the Czechs, the Leverkusen striker Patrik Schick, who scored all three goals for his country against Scotland and Croatia, acted inconspicuously this time. Like the English (seven), the Czechs (four points) had already made it into the round of the best 16 before kick-off, but Schick and his colleagues slipped to third place.

“I understand every criticism and of course the reaction of the fans. But we have to support our players,” said Southgate after the meager diet of the first two appearances and asked for patience with his young team before the group final.

The recently dissatisfied fans had the scream on their lips after 108 seconds, but Sterling’s eye-catching lob over Czech goalkeeper Tomas Vaclik dripped from the post back into the field. It was the third aluminum hit by the Three Lions in the course of the tournament.

In front of Prince William, who is also president of the association, England continued to push for the second goal. In the 26th minute, the hitherto hapless goalgetter Harry Kane created a good shooting position, but Vaclik fished the captain’s shot out of the far corner.

The Czech Republic put in front of 22,500 spectators – in the final on July 11th at the same place there should be more than 60,000 – but repeatedly pinpricks. Like shortly after the Kane chance, when Tomas Holes tested the English goalkeeper Jordan Pickford with a brutal long-range shot. In the 35th minute, a shot from Tomas Soucek, who earns his money with West Ham United in the Premier League, just missed the target.