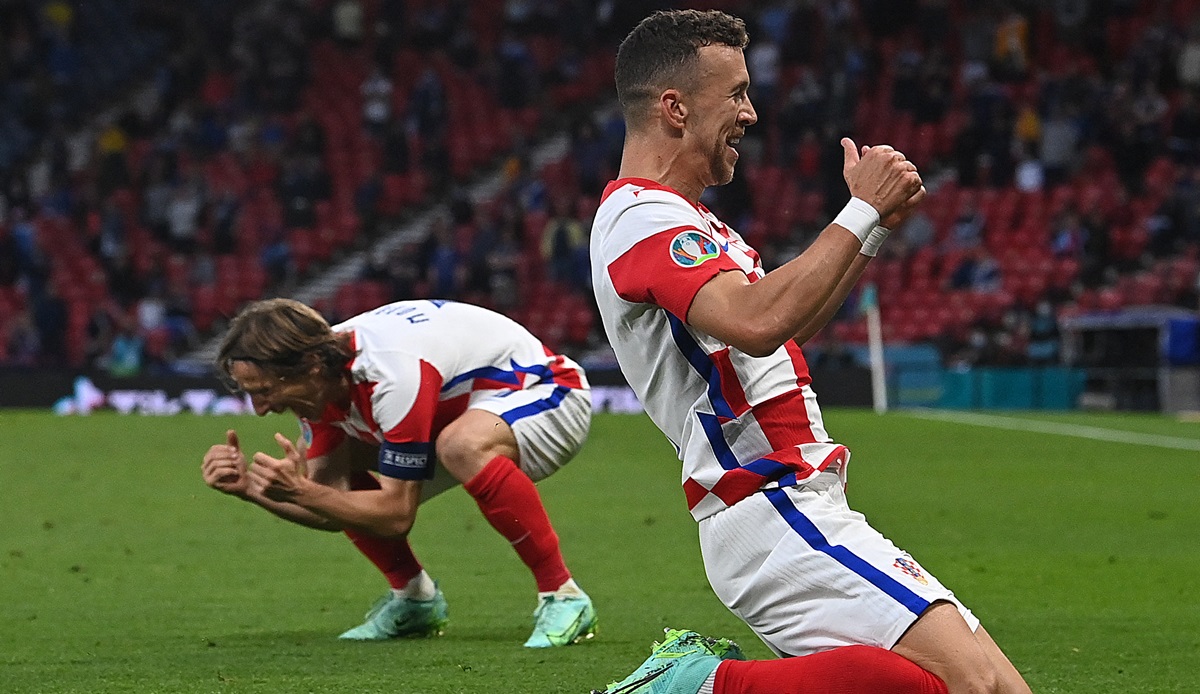 Superstar Luka Modric saved Vice World Champion Croatia from the great embarrassment of the European Championship. The captain led his team in the final of the round of 16 against Scotland to the deserved 3: 1 (1: 1) victory and destroyed all the co-host’s dreams of the historic premiere in the knockout round with his famous wing (62nd).

In an entertaining all-or-nothing game, Nikola Vlasic (17th) and the strong Ivan Perisic (77th) scored the Croatians’ further goals, with four points thanks to the better goal difference over the tied Czechs as group runner-up in Copenhagen on Monday meet the runner-up in group E. The equalizer from Callum McGregor (42nd) was not enough in Hampden Park for the Scots fighting bravely again, who only have one point on the account at the end of the group stage.

The Scots had apparently coped well with the shock of the previous day due to the positive corona test at shooting star Billy Gilmour. National coach Steve Clarke replaced his best player in the England game (0-0) in midfield with Stuart Armstrong from Southampton FC.

The Croatian national coach Zlatko Dalic, who was harshly criticized at home, brought a lot of fresh staff after the 1-1 draw against the Czech Republic, as announced. Josip Brekalo (VfL Wolfsburg) and Andrej Kramaric (TSG Hoffenheim) found themselves on the bench at the beginning. In the storm, Bruno Petkovic came in for the previously disappointing ex-Frankfurt Ante Rebic.

Whipped on by the noisy Tartan Army in the stands, the hosts started with a lot of offensive urge. Striker Che Adams in particular caused dangerous situations on several occasions.

Croatia takes the lead through Vlasic

The underdog had to shake visibly after the deficit, then cope with a bitter loss. Central defender Grant Hanley (33.) left the field battered, Scott McKenna made his debut in the European Championship – and saw a yellow card for a foul on Petkovic right from his first action.

With the 32nd Scottish shot on goal in the tournament, the spell was finally broken. When Croatia’s defense did not get the ball out of the danger zone, McGregor took heart in the center of the penalty area and shot flat in the left corner – the home fans drew hope after the first European Championship goal in 25 years. Since the finals in England in 1996, the Scots had been waiting for their European Championship comeback.