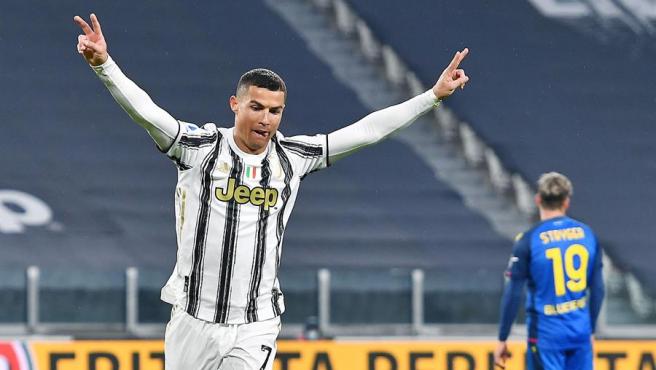 Cristiano Ronaldo did not play the last game of the season with the Juventus by technical decision. Coach Andrea Pirlo decided to leave the Portuguese on the bench during the match in which the team played their options to play the Champions League the next campaign. Even so, he thrashed Bologna (4-1) and certified his classification for the maximum continental competition.

Pirlo’s decision greatly surprised the Turin press in particular and the Italian press in general, who understood this as a A clear indication of Cristiano Ronaldo’s desire to leave the team. The Portuguese, however, has not spoken about it, or at least not clearly and directly, although with an Instagram post that has lit the fire more.

After the game, and once the competition was over, Cristiano Ronaldo made a publication on his personal Instagram account that gives rise to all kinds of speculations. His gesture to silence It has been interpreted in many ways, the most recurrent being the one that says it is silencing, after having finished Top scorer in Italian Serie A with 29 goals in 33 games, to the constant criticism that has persecuted him throughout the course.

This title of top scorer helps CR7 to put his name on a new personal record, since it is the first player in history to win the award for top gunner in the leagues of England, Spain and Italy. Now we just have to wait to know where the Portuguese will play next season, because the fact that Juve plays the Champions League could help him to continue in Turin.