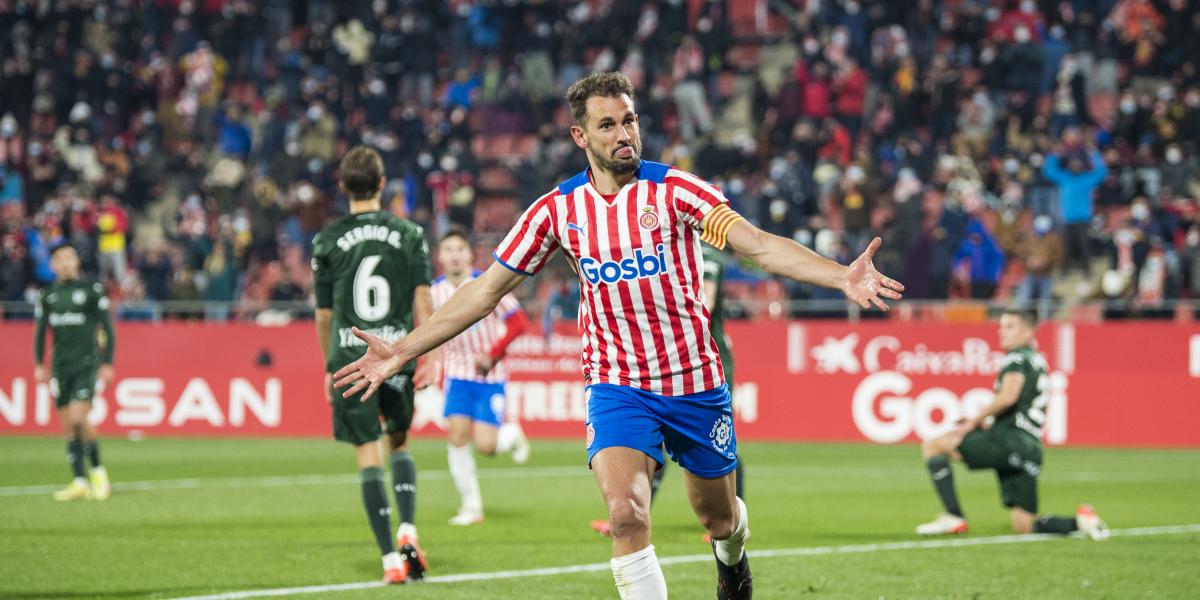 Cristhian Stuani is the new ‘Pichichi’ of the Second Division. The Uruguayan, who scored a new double against Leganés, has scored nine goals in the last seven matchdays and he has placed with eleven goals in the scorers’ table, in which he reigns above Rubén Castro and Borja Bastón.

One of Stuani’s two goals against Leganés

The ‘Emperor of Montilivi’ continues to surprise everyone. The Girona captain started the season hesitantly, like last season, but he has once again left everyone with their mouths open with a last month and a half as a true predator in the area. Two goals had scored the “7” until October 25, two goals in ten league games that directly affected the performance of the team, which had no way of seeing the goal and even reached the relegation zone.

The rebirth came against Zaragoza

The match against Zaragoza on the twelfth day of the League marked a before and after in the Uruguayan season, which saved a point for the team in the eighty-seventh minute when everything seemed lost. Since then the statistics are spectacular, within the reach of practically anyone, he has scored nine goals in the seven days he has played, numbers that have placed him as the top scorer in the League with 11 goals and that have allowed Girona to add 16 of 21 points, something that is not a coincidence at all.

The numbers speak for themselves

Against Zaragoza (1-1) he scored one, in Fuenlabrada (1-2), one more, at home against Alcorcón (3-1) he scored a hat-trick, against Cartagena (2-0) one, against Eibar, in the only defeat when he has scored (4-2) one and two in the victory against Leganés (3-0) on the last day. In all these days, there has only been one game in which Girona achieved victory and did not score, against Real Sociedad (2-0).