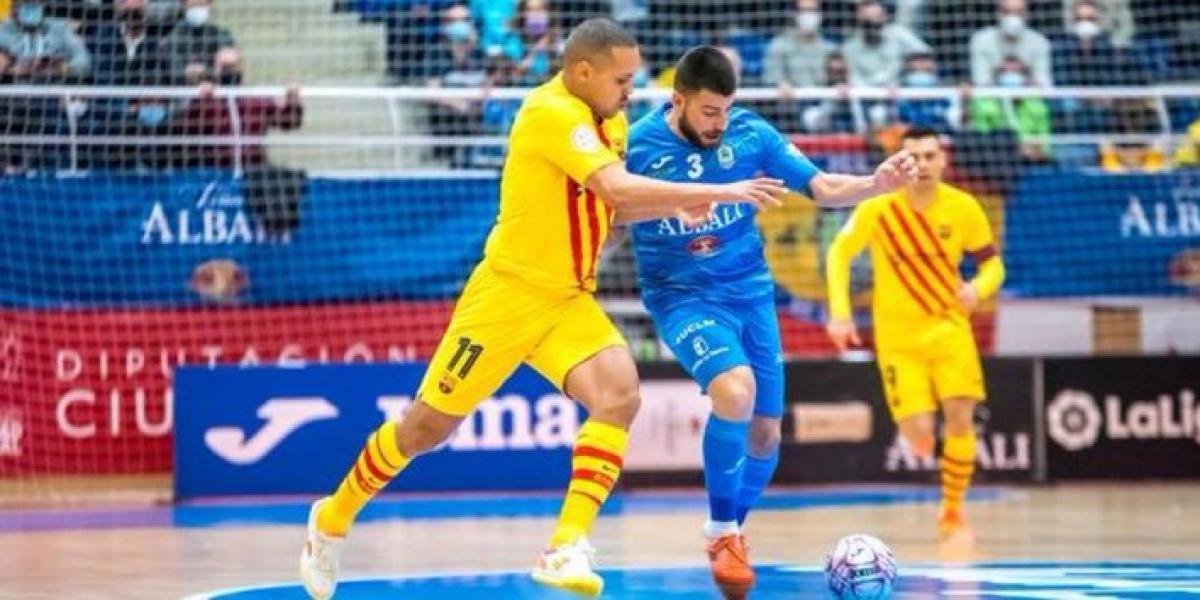 The Barca, leader of the league standings, achieved a very valuable victory in the field of the second classified, Viña Albali Valdepeñas, who had turned around Pito’s initial goal with two goals from Chino but saw how Barça, in a hectic second half, traced back 2-1 to end up winning by 2-4 a match with multiple alternatives thanks to two doubles: by Pito and Lozano

The Barca dominated at the beginning and in the final stretch of the first half in search of the equalizer, but he crashed again and again in the goalkeeper Edu. Valdepeñas overcame Pito’s initial goal in both of Chino’s actions: the first, when transforming a penalty of Marcenio on Humberto; and the second, in a personal action when firing a shot from outside the area that slipped through a forest of players.

After a festival of occasions from Barça, even a shot at the crossbar by Sergio Lozano, in the second half Barça finally managed the comeback and endured the final arreón from Valdepeñas. Pito scored below of the local hero’s legs and then Sergio Lozano’s double before retiring injured: first goal when he received from Dídac and after a sublime cut and 2-4, with a shot that entered between Edu’s legs, which in two shares ruined his fantastic work.