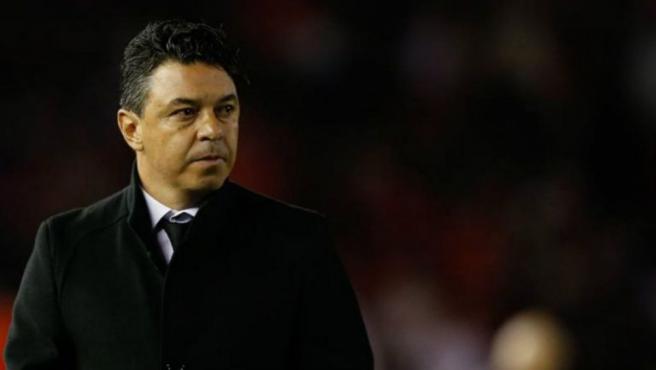 Disbelief in River plate after the last decision of Conmebol. Before him outbreak of coronavirus that has devastated the workforce of the franjirrojos, who have run out of the four goalkeepers of the team, the highest body in South American football, has not allowed a fifth goalkeeper to be included in the Copa Libertadores and an outfield player will have to act as a goalkeeper.

Rodolfo D’Onofrio, president of River Plate, reported on Tuesday that Conmebol did not allow them to register the youth goalkeeper Leo Díaz in the Libertadores after twenty-five players were infected with coronavirus, including the four goalkeepers.

“We accept it, but we can’t help but set the mood we have. We are surprised, we would never have thought that they could make such a decision“, said D’Onofrio in dialogue with the ESPN channel.

“There is an article that plans to replace the goalkeeper due to serious injury, covid is a serious injury. The four professional archers have been infected, what we are asking is to be able to replace them, I never thought they could make a decision of this type, “he added. The president of River said that they do not seek to gain “advantage”, but to register a youth.

“The seriousness of the Copa Libertadores requires that we play with a goalkeeper. Without a goalkeeper it is impossible. In 1909 it was the only time that River played with a goalkeeper who was a field player, it was amateur football. It was more dignified that at least they let us score a goalkeeper. It is a key position. We are not asking for a favor, we are saying that it corresponds to us, “he said.

The millionaire will receive this Wednesday the Colombian Independiente de Santa Fe on the fifth day of Group D of the Copa Libertadores. Fluminense is the leader with eight points, followed by River Plate with six, Junior de Barranquilla with three and Independiente Santa Fe with two.