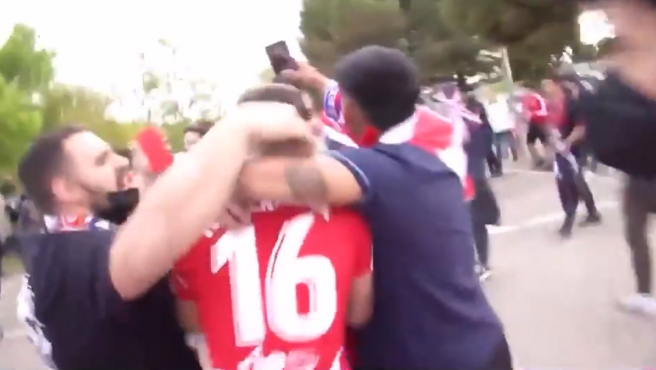 Moments of tension experienced in the parking lot of the stadium Real Valladolid. The players of the Atlético de Madrid They left Zorrilla in a staggered way to get on the team bus, when the rojiblancos fans broke the police cordon and embraced their idols.

The images of the Atlético de Madrid players surrounded by supporters, without masks, between hugs and songs they were the preamble of police charges and complicated moments in search of reestablishing order.

Fortunately the chaos lasted only a few minutes before the players could enter the bus and the police again marked distances between these and a hobby that got out of control at times. Finally, there was no need to regret greater evils.

After the dangerous situation experienced in the Real Valladolid stadium parking lot, The National Police have forced them to vacate the exterior of Zorrilla so that the official Atlético de Madrid buses could leave the premises without complications.