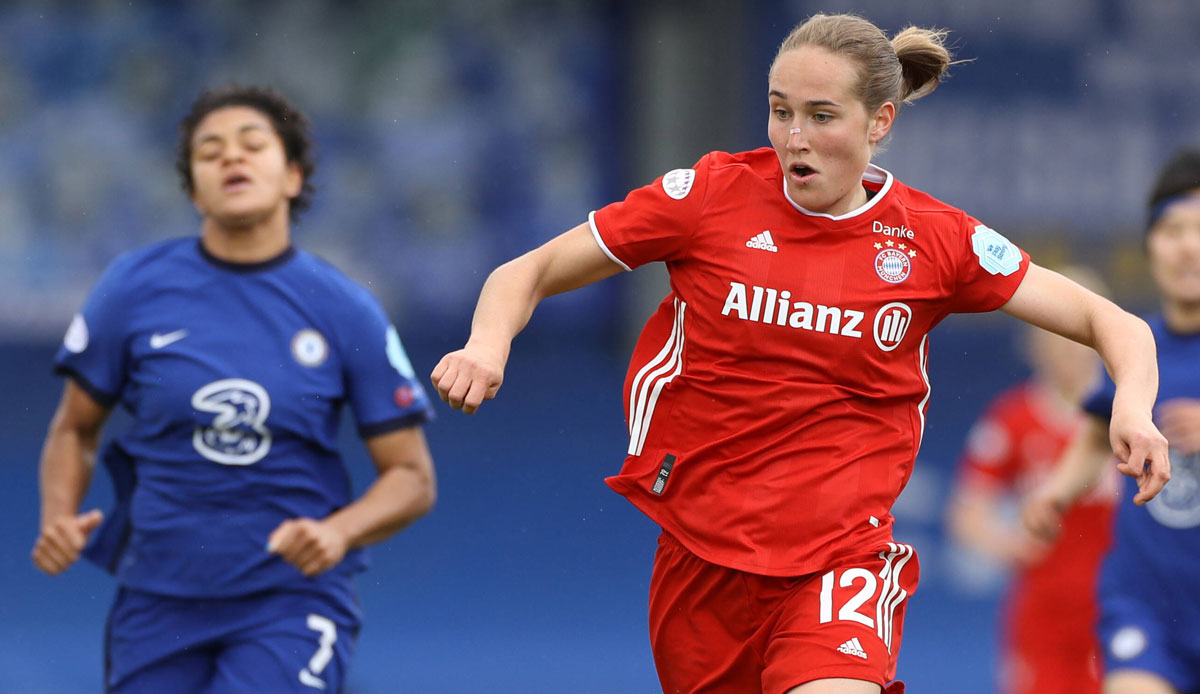 For the soccer players from Bayern Munich, the dream of the first Champions League final has burst. The Bundesliga leaders lost the exciting semi-final second leg at Chelsea 1: 4 (1: 2) and missed the final on May 16 in Gothenburg against FC Barcelona after the 2: 1 last week.

“The disappointment is of course huge. We had good opportunities to take the lead ourselves,” said coach Jens Scheuer, who had also seen “too many individual mistakes” in his team.

A 20-meter dream goal by Sarah Zadrazil (29th) had revived the hopes of the Munich women. But the goals of Fran Kirby (10./90.+5), Ji So-Yun (43.), Pernille Harder (84.) brought the Chelsea team around national player Melanie Leupolz into the final of the handle cup for the first time.

Before kick-off, prominent greetings from Munich should provide a boost in motivation. In a social media video clip, for example, board member Oliver Kahn said: “I wish you all the best, then we’ll see you in the final.” National goalkeeper Manuel Neuer also cheered from afar: “You can do it against Chelsea. We’re all behind you, let’s go!”

But the English champions, who knocked out VfL Wolfsburg in the quarter-finals, got off to a perfect start thanks to their dreaded star offensive. In a quick counterattack, the Bayern defense, which had been transformed into a back four by coach Jens Scheuer, was unable to gain access, and Kirby took the first chance of the game to take the lead.

Bayern also conceded the unfortunate second goal after a dormant ball. Ji’s free kick from the edge of the penalty area landed in the wall, but the South Korean’s margin shot flew through. When the view was obscured, Bayern goalkeeper Laura Benkarth could not react accordingly.

After the break, the game remained even. Both sides watched each other and sought their luck in the constant act of balancing between controlled offensive and defensive stability, especially in the switching game. But after a Chelsea free kick by Jess Carter, the ex-Wolfsburg headed Harder.

For the Munich women, the next highlight is coming up next Sunday (1:00 p.m.) at the end of the season. The defending champion Wolfsburg is in the showdown for the championship.

Barca had won their home second leg against Paris St.-Germain around national player Sara Däbritz after the 1-1 draw in the first match with 2-1 (2-1).