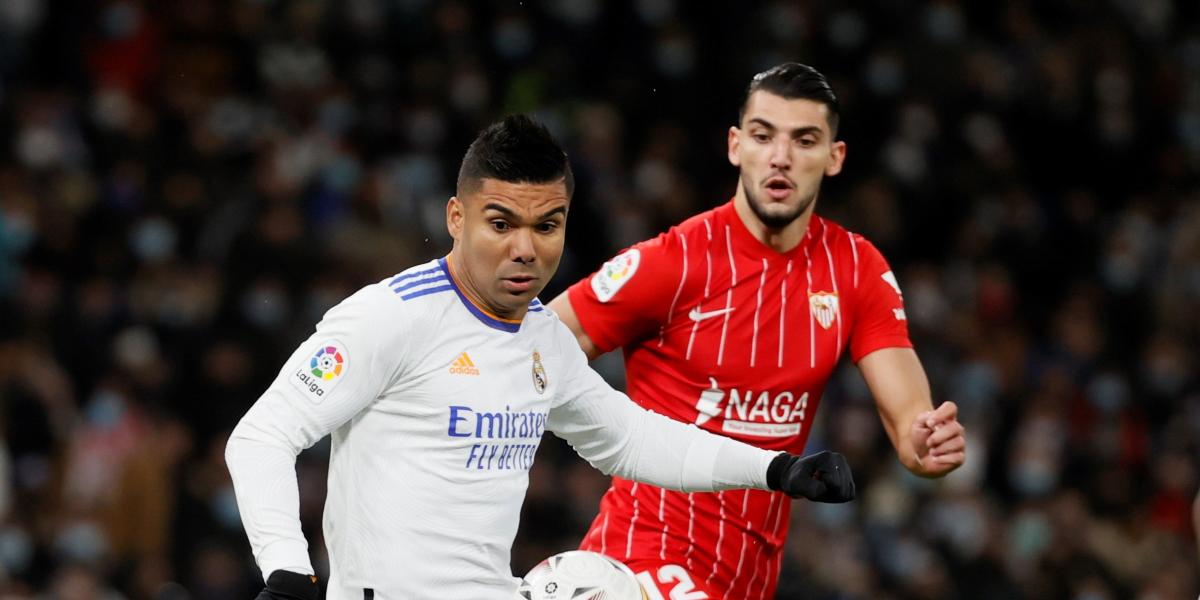 As in almost all the great dates, Casemiro came out to assess the victory of Real Madrid before him Seville once the game was over, it was hard, worked and worth your points in gold.

A duel that Vinicius decided in a masterful play. “Vini knows that the matches are going to get more complicated for him. The rivals are realizing that he is a top player and very important for Madrid. Great players are just that, with the minimum they have to score a goal. Now they cover it many times two or three. But if you have one you have to make a difference, “he said. Casemiro of his compatriot.

Leaving personalization in victory, the Brazilian midfielder gave great courage by beating Sevilla in a match in which “two teams faced each other at their best.” “It was a great game against a team that knows what it plays very well and has a spectacular coach. It is a victory with a lot of work,” insisted Casemiro, aware that “in the first half it took us a little to come out from behind with him. This is Sevilla, you have to keep the other team in mind. We knew it was going to be difficult, they have great players, but the good thing is the three points. ”

Casemiro, a team man, also highlighted the influence of the changes to move the game forward. “The changes are important. The mister always makes it clear that we all are. This is Real Madrid and to win titles you have to have a squad, “clarified the Brazilian, who once again repeated midfield with Kroos and Modric, with whom” I’m really enjoying it, it’s an honor to play with them. ”

Asked about the action of the controversy, a fall of Ocampos in the Madrid area for which Sevilla claimed a penalty, Casemiro urged that “I always say that if the VAR is there, it is to help, although sometimes it takes a while. If he did not call the referee, he has not touched him.”