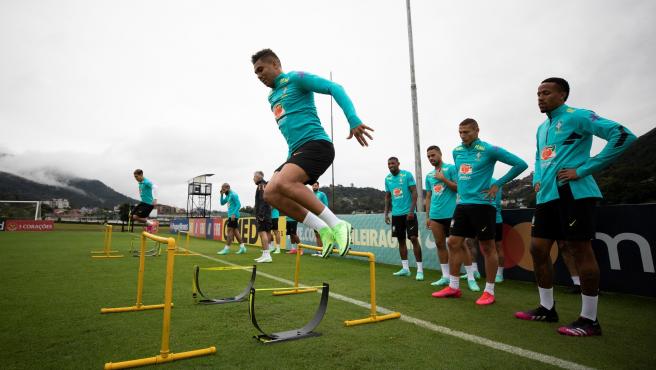 Brazil is at a critical moment. The strain originating from there It is rampant among hospitals, totally overwhelmed, and the coronavirus situation does not make it a particularly desirable country to host events such as the America Cup.

The decision of the government of Jair bolsonaro accepting the Conmebol tournament has generated a lot of controversy. Opposing senators have publicly asked players of the stature of Neymar to refuse to contest it, to force a possible boycott that grows stronger every day.

The last example came from Casemiro. The midfielder of Real Madrid and captain of the canarinha was announced as one of those appearing with the coach Tite at the press conference this Thursday prior to the friendly against Ecuador, but at the last minute it was erased. In fact, that appearance was delayed two hours according to the scheduled time.

The reason is that Casemiro and the rest of the players from European leagues had a meeting with the technical commission of the CBF, the Brazilian federation. In it they expressed their doubts, and even his anger, faced with the obligation of having to play the tournament in a country with 1,600 deaths and more than 80,000 infections daily.

The boycott cloud is in the air, and Tite’s words to the media do not help to clear it either. “The players have an opinion, they expressed it to the president (of the CBF, Rogerio caboclo) and they will express it to the public in a timely manner. This is related to the absence of our captain, Casemiro, in this press conference, “he declared.

Brazil was designated as the headquarters of the America Cup after what Colombia and Argentina reject Conmebol’s proposal.