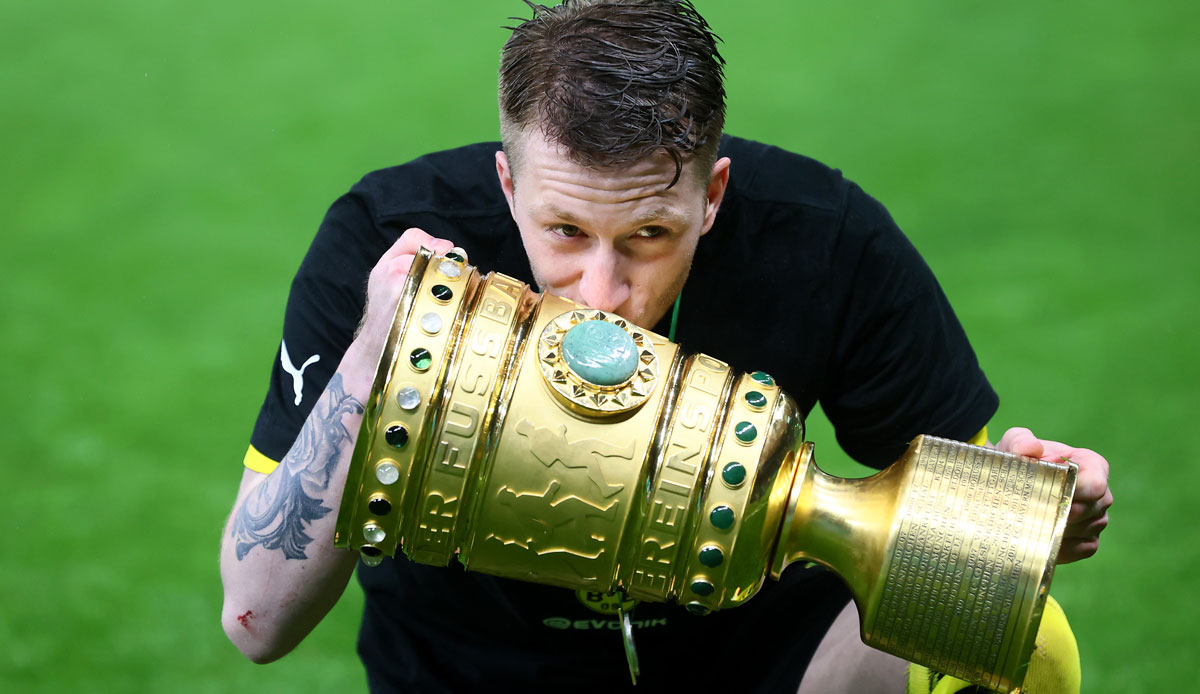 Marco Reus played his weakest season since joining Borussia Dortmund. In the past few weeks, ease has returned to BVB and its captain. In the DFB Cup final, Reus finally played a major role in a big game.

Television interviews with football professionals have been a guarantee for fantastic bon mots for countless years and with constant frequency. Even late Thursday evening. “We are always very self-critical of ourselves,” said Marco Reus after winning the cup ARD. If you consider the Borussia Dortmund team’s inability to learn, whose specialty has become to stand in their own way, especially against individually weaker teams, you don’t really believe the BVB captain’s statement.

But what Reus is known for, as it is confirmed by everyone who knows him well: He is really very self-critical – in the true sense of the word. And so he will not have dismissed the harsh reviews he had to endure in the course of the current season as nonsense.

In 2020 Reus, who had suffered from countless injuries in his long career, was absent again for half a year. When he came back, he ran after the deficit for a long time and the team with their inconsistent performances did not help him to get back into a reasonable rhythm. You get it faster with a sense of achievement, because then you add a footballing lightness – and that is exactly what BVB lacked for large parts of the season.

She was also missing when Edin Terzic took over as coach from Lucien Favre. Only gradually did it emerge. Basically only when Borussia announced that Marco Rose will be on the sidelines for the coming season. Since that day in mid-February, BVB has scored 2.1 points per game in 18 competitive games.

BVB captain Marco Reus and his “not happy” action

That also applied to Reus personally, who was replaced at the beginning of April ten minutes before the end when the score was 1: 1 for the 20th time in the 38th competitive game and crept off the pitch with a lot of listless. Dortmund’s captain displayed his frustration and did not try to exert any final influence on his teammates. It was behavior that was unacceptable for an experienced player like Reus.

Reus then received a lot of legitimate headwind, also from the club. Licensed player boss Sebastian Kehl castigated the action as “not particularly happy”, managing director Hans-Joachim Watzke should not have omitted it in his critical address to the team after the Frankfurt bankruptcy. Kehl said: “We need our captain. He will show that he wants to do better personally after the frustration that is in him.”

This is exactly what has now happened: Dortmund converted the great pressure on the boiler into positive energy and has played from a single source ever since. This also applies to Reus, who scored five goals and three assists. Nothing can be seen in him of the lack of liveliness, the lack of speed and the low self-confidence, as was the case before in his longest BVB season.

Now the ease is back again, in the whole team and with a large part of the players, because Reus is not the only one who has recorded an enormous increase in form in the past few weeks. If Watzke has his way, another factor plays a major role at Reus: “If Marco feels a lot of trust, he gets better and better. What he has shown in recent months has been great.” A greeting to Favre can also be read from there.

What always impresses about Reus is the serenity with which he confronts setbacks and form crises, but also the many positive moments in his career. The almost 32-year-old has been in the business for too long, the media excitement has long ceased to impress him.

Marco Reus: Finally the leader in a big game