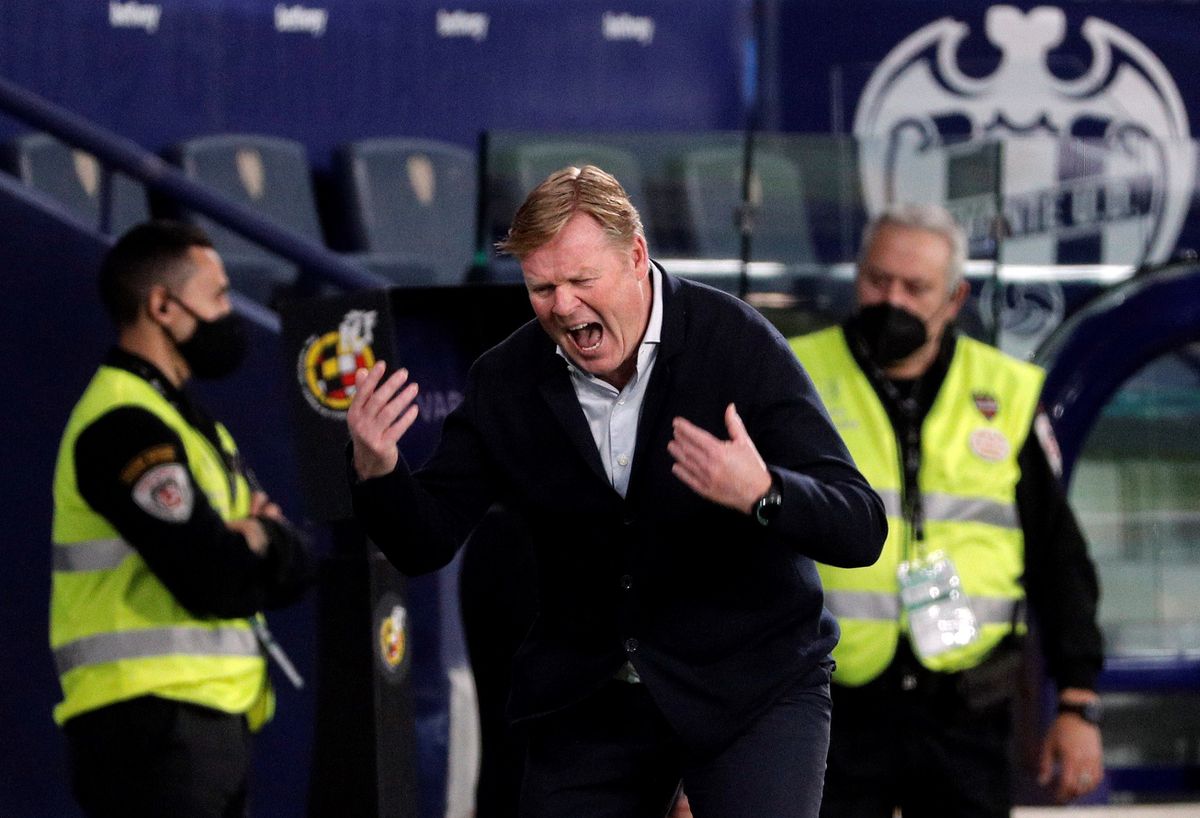 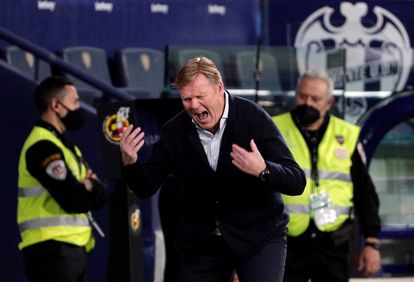 There was a minute left for the duel to end and Barça, in Messi’s boots, took a corner. The sprint and the presence of Ter Stegen in the rival area was expected because the team was gambling for the win and especially the League. But the German did not go up and Koeman did not ask him either, an example of the team’s lack of faith, unable to defeat a Levante who took the lead twice. “The games last 90 minutes. We have not defended well and it is very disappointing; I think it is the first time that we did not win after having two goals ahead. It is difficult to understand why ”, argued Ronald Koeman with the face of few friends at the foot of the lawn. “It is very difficult to explain,” he later delved into the press conference while incessantly tapping the table with his fingers, a sign that the nervousness was inside him.

Although, in the absence of reviewing the meeting in his office in the sports city, the Barcelona coach did decipher the reason for the blunder on the run, one more in a most irregular course. “It is difficult to explain what we saw because we had a good first half and then in the second we lost our intensity and made a lot of mistakes,” he admitted. And he added: “The team had to endure, but we lost our intensity. And then it is very difficult to change because you give a lot of encouragement to the contrary ”. So many that Levante managed to make 13 shots in the second half. Something similar saw Busquets, who played with protection after cracking his jaw in the previous duel against Atlético. “Soccer requires mastering both areas. And when you don’t, it can come up heads or tails, and this time it has come up tails. But it is that in any play they score us. It affects us mentally and it gives the rivals wings, “he reasoned, while reluctantly adding:” We have been able to score more goals and we have paid for the mistakes because they score us goals very easily. It has not only been in this game. It is hard to admit it but it is the reality ”.

Nor was Koeman right with the changes. The first was demanded because Araujo injured himself again in his left ankle and the coach opted to place Sergi Roberto as center-back, a position unknown to the quintessential Barça joker. And he made waters, with two erroneous deliveries as soon as he stepped on the grass, asleep when Melero won the position to score the first goal for Levante. The second came three minutes later, after a loss from Messi. “After 2-2, we had a good reaction, but after scoring we defended badly again. They have had too much facility and conceding three goals in half is not normal nor the level of Barcelona ”, complained Koeman, who, as always, proclaimed himself the biggest culprit … Although this time with small print between the lines. “The most responsible is always the coach. But he also asked me what we did at halftime because we talked about maintaining intensity. But I have not succeeded because we have fallen a lot … We are touched, very disappointed, because we always had our hopes “.

Koeman returned Sergi Roberto to the middle but shortly after sitting down Dembélé – ”he created a lot of danger and defensively he was good. He can play there ”, declared the coach—, the only one to generate danger from the side, the architect of a goal and an assist. And the Levante made a target. “Now we have few options,” admitted Busquets; “It’s our fault. Sometimes of placement, of mentality, of precision … The spark we had to cut points is not being seen now ”. Koeman agreed: “It’s more complicated. We had to win the last three games … [cerrados con un triunfo, un empate y una derrota]. It’s very complicated”. And Busquets went further: “The point knows us little because the League is practically sentenced, at least for us.”

The buzz about Koeman’s future continues. “Continuity is always questioned. I fully understand that you have questions after this second part ”, he closed.