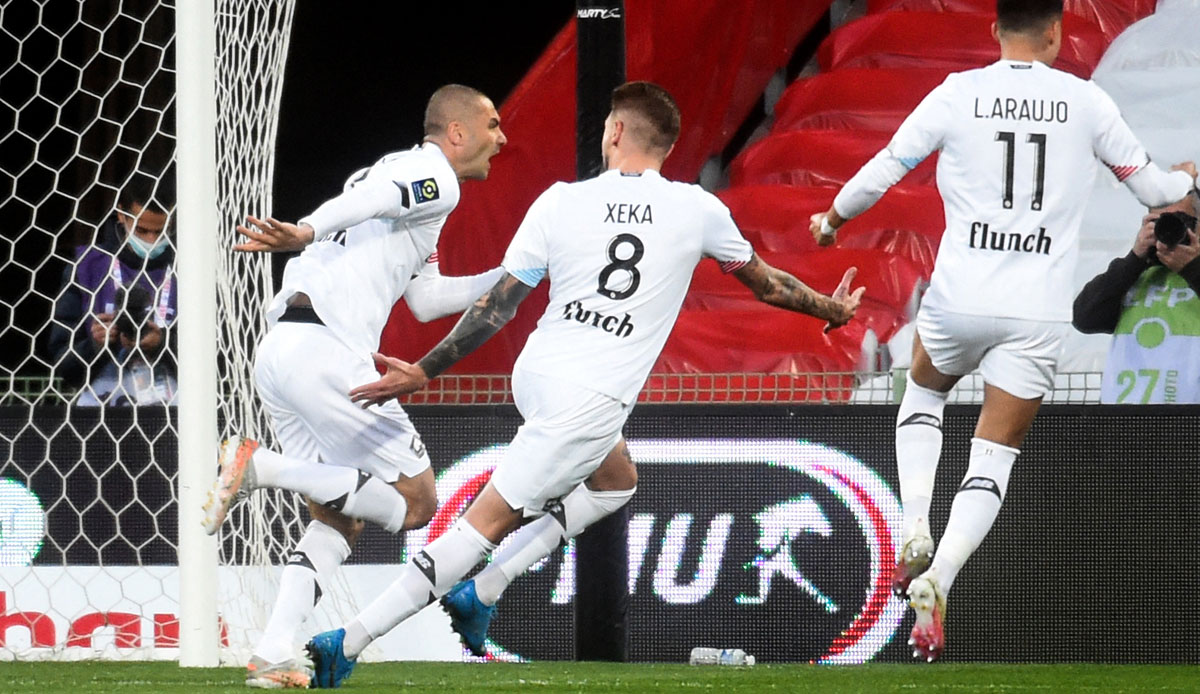 Lille OSC keeps up the pressure on defending champions Paris Saint-Germain in Ligue 1. At the start of the 36th matchday, the league leaders won 3-0 (2-0) at RC Lens.

Center forward Burak Yilmaz was once again the guarantee for the victory of the northern French. The 35-year-old Turkish international put Lille on the road to victory with goals 14 and 15 of the season in the first half.

The young Canadian Jonathan David took care of the final score after the break. Lille also profited against the strong promoted Lens from the dismissal of defender Clement Michelin, who was sent off after repeated foul play in the 35th minute.

Lille lead the table with four points ahead of PSG, who will face Stade Rennes on Sunday evening. AS Monaco has only very theoretical prospects for the championship from former Bayern coach Niko Kovac.