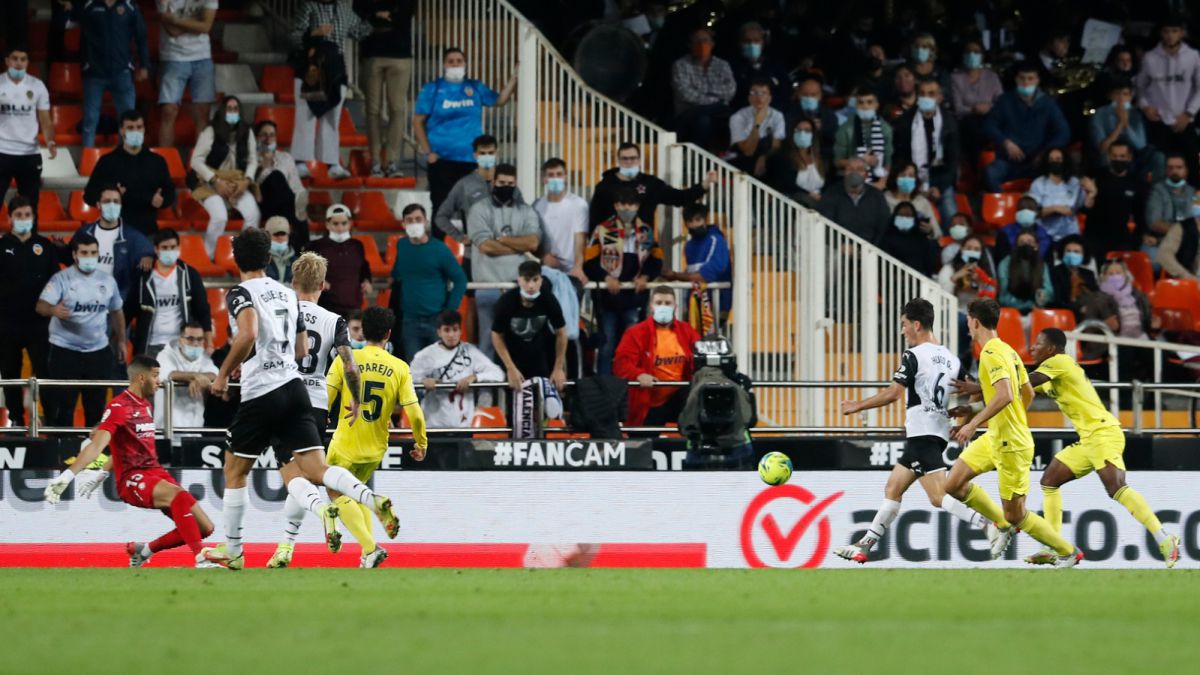 Valencia regained its competitive pulse with a triumph as meritorious as it was solvent against a Villarreal as technical as it was deranged. The goals of Hugo Guillamón and Carlos Soler, in two of the only four black and white shots on goal, they gave the victory to Bordalás’s team, whose approach sank the Submarine. Emery’s face on the bench was incredulous because of how a game that they believed was controlled was going and also of concern. His Villarreal, for a hobby, is stuck in the no-man’s-zone and his theoretical rivals are getting further and further away. His crisis of results leads to the desolation of his people, who in Mestalla ended up giving a poor image. Valencia smiles eight days later, also leaving a clean sheet.

Bordalás played what he could with what he has, more against a team with the gift of Villarreal with the ball at their feet, and the evening was left for enrollment in the coach course. His approach implicitly carried a respect for technical inferiority towards the rival, but it is what it is. Marcos André de Carrilero’s position on the right, it was played with a line of five in the midfield in defense, which even passed five defenders when Villarreal approached three meters from the area of ​​Jasper Cillessen and Hugo Guillamón was embedded between Gabriel Paulista and Omar Alderete.

So I don’t have to tell you that what was seen at the Mestalla during most of the minutes was a round among yellows that began with Albiol or Pau and became eternal when it reached the area of ​​Capoué, Parejo and Coquelin. The possession data photographed the game: 24% of Valencia by 76% of Villarreal, whose highest peak was 79%. But Yeremy Pino, Moi Gómez and Danjuma had few balls ahead, so it can be said that Cillessen had a relatively mild first half. Well, in the 40th minute he had to use reflexes to repel a point-blank shot from Aurier. The Ivorian was making his debut and was yet another proof of the difference in wardrobe bottoms between neighbors.

The Dutchman’s paradón it seemed like it would be the best thing that would happen until the break and yet three minutes later Hugo Guillamón overshadowed it, which showed that in football two and two are not always four and that the position data is not of much use. His goal, with excellent quality in its execution and sincere feeling in its celebration, shattered the Submarine’s periscope and showed the bad areas that Villarreal de Emery has. Guillamón was so brilliant in his action, his was the first and only shot on goal che, as was null when it came to stopping him Moi Gómez and Pau Torres.

Emery resignedly assumed the tactical defeat and left Parejo and Yeremy Pino in the dressing room. The entry of Chukwueze and Dia altered the drawing and their team went on to play with a 4-4-2. But the script of the meeting hardly changed. Villarreal continued to make the ball their own, which was also yellow for that, albeit with excessive coldness and without a comeback fang. Valencia, meanwhile, felt comfortable entrenched in the back, waiting for Guedes to turn a clearance into a counter-attack – Albiol deprived him of the goal when he had already surpassed Rulli- or simply that the minutes will pass without the score moving. But it did move.

Alberto Moreno, who had just appeared on the field, took Foulquier ahead in an action that was going nowhere. Munuera Montero did not hesitate. Penalty and goal by Carlos Soler. That’s when the game ended, because Villarreal worried the same as before the second black and white goal. Any. The derby returns the joy for Mestalla, which said goodbye to its people as it received Parejo, with applause, and leaves a hangover for La Cerámica. A big hangover.