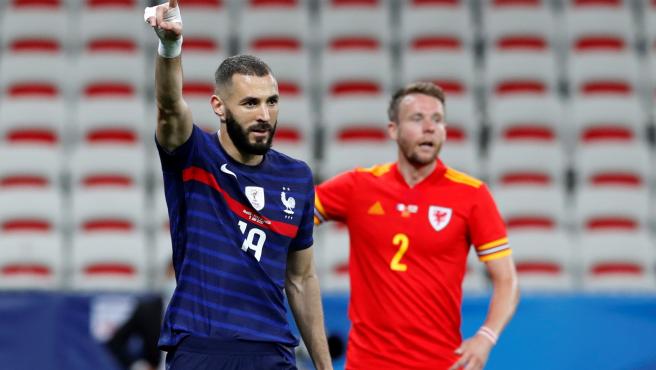 Karim Benzema he put on the elastic of the France national football team in a match, 5 years and 7 months after the last time. He did it as a starter in the friendly against Welsh, forming an offensive trident with Kylian Mbappé, of PSG (for now), and with Antoine Griezmann, from Barcelona, ​​in the preparatory meeting for the Eurocup.

Active from the first moment and with a good connection with Mbappé, something that makes Madrid fans dream, half an hour into the game he had a golden opportunity to celebrate a goal with his country again: they called a penalty in their favor

Williams’ hand, who was sent off after the referee consulted the VAR, gave Benzema the opportunity from the eleven-meter point. The Madrid forward took a run, tried to shoot to the right side … but Ward stopped him.

Benzema’s last match with the ‘bleus’ el October 8, 2015, a friendly against Armenia and in Nice in which he made a double.

Since then, the case of blackmail against Valbuena earned him the institutional veto by the French Federation, with the collusion of the coach Didier deschamps until this summer, when after talking with all the parties he decided to call the madridista again.