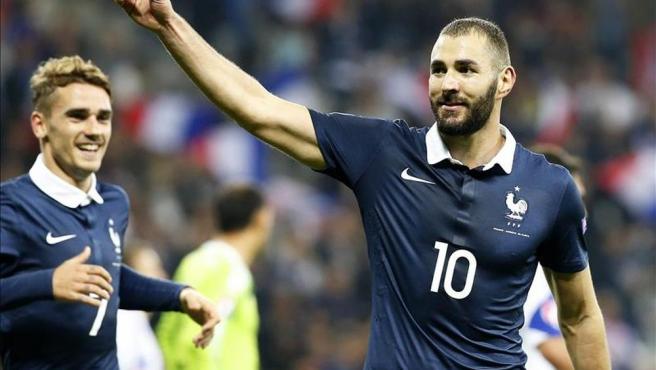 The news of the return of Karim Benzema the French team has been a shock to the French fans. The Real Madrid striker, who was deserving his call for months, has received the pardon of Didier deschamps and of the own French Federation, after reaching a pact with him after six years since the case of blackmail Valbuena.

The illusion that Benzema has generated has been seen in a very clear way: the sale of T-shirts. Since the rumor that the white ‘9’ was going to be summoned, the increase in elastics of the ‘bleus’, current world champions, has grown by 2,400%, according to Unisports data.

Benzema, who will wear the ’19’, joins other bestsellers such as Mbappe or Griezmann, which are also great news for the company that dresses France: Nike.

For a few years since they changed for Adidas, of which Benzema is an ambassador, the sports brand has struggled to win the particular championship they have with the others. Now you can take advantage of this increase in sales thanks to the attacker ‘bleu’ to permanently take the scepter.