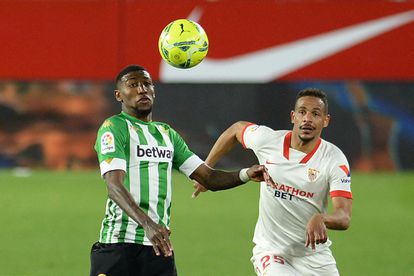 Two years ago, when he was signed, the sports area showed its conviction that he would be a player for the future for Barça, even though he had to bake himself in the First Division and adapt to the demands of the League. “He is fast, he knows how to attack inside and out, powerful and with arrival. A modern winger ”, Emerson Royal (São Paulo, Brazil; 22 years old) defined Emerson Royal from the offices of the sports city. But it was not done and the club decided to share the signing – after paying Atlético de Mineiro three million – with Betis, at least the first two seasons. Now, after the courses, the club has decided to give it a try. “FC Barcelona has communicated to Real Betis Balompié that it exercises its right to recover Emerson Royal as of July 1,” said the Barça statement. Thus, after paying another nine million -although Betis saves 20% of a future sale-, he exercises the right to purchase and reinforces a position as delicate as capital in a Barca key.

Since Dani Alves left, five seasons ago, Barcelona has not found a full-back who is as influential in the game as the Brazilian, at the time Messi’s best partner -as Alba is now from the opposite side- , long free kick taker and sprinter, also an assistant by nature. For the position, since then, several players have passed and although some have surrendered, no one has shone. Thus, players like Douglas, Aleix Vidal and Wagué took their turn without taking advantage of it. Semedo also took over the position, but he got lost in tactics and sometimes came down with too much pachorra for the despair of the closest central defender, although he was offensive but showed a crooked foot for the centers. Sergi Roberto has done better, sometimes uncomfortable in front of powerful wingers and with exit to both sides, although phenomenal in the conductions to divide and in the ascents to the baseline. Something similar to Dest, more electric but still with a lot of room to improve tactically and in the ball dispenser function. Now, Emerson arrives. “My wish is none other than to fulfill the three-year contract I have,” the player resolved from the Brazil concentration, as the team will face two qualifying matches for the Qatar 2022 World Cup: on Friday against Ecuador; and on Tuesday the 8th against Paraguay.

From the Barça offices they assure that the player will make the preseason with the team and that the coach will decide, also the market if there is any offer. Circumstance known to Emerson, since he has already rented a house in one of the best neighborhoods in the city, although he added a clause in the contract to release him from the payment in the event that he had to leave the city. But the Betic University has done great for him, to the point that this season he has been the player who has played the most minutes (3,181 for Guido Rodríguez’s 3,094 and Fekir’s 2,860, the next on the list), summarized in four assists and two goals. “I have grown a lot at Betis. I am learning and improving a lot to give my best, which is what I will try to do now at the national team and at Barça ”, Emerson agreed. First it will be with the Green-yellow, as it awaits the final decision of Tite to know if he summons him for the Copa América -from June 11 to July 10-; also to whether coach André Jardine summons him to the Olympic Games in Japan, from July 23 to August 8. In that case, little preseason could do with the Barcelona club. “I’d like to play both and God willing, I’ll get it done,” Emerson reflected.

The lane aspires to finally be the relief of Alves. “He is an inspiration to me, I have always followed him and I have a very special affection for him,” Emerson resolved. Await you in Can Barça, which this week has closed the signings of Agüero and Eric García (both with the freedom letter under their arms). And what was future for Emerson is already present.