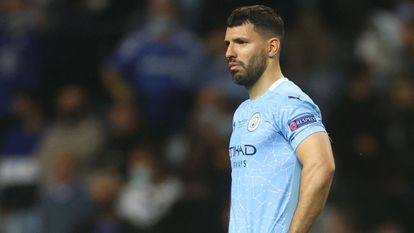 Barcelona has made official the signing of Argentine striker Kun Agüero, who turns 33 this Wednesday and who has just finished his contract with Manchester City, the club with which he became the top scorer in its history, with 260 goals.

Agüero thus arrives at zero cost and with the hook, in addition, being one of Leo Messi’s best friends, and his partner in the Argentina team, an incentive for 10 to approach his renewal with Barcelona. Agüero’s arrival is much more than a zero-cost signing or the incorporation of an elite striker, capable of tolerating a secondary role – ”he is a good person, who makes a group. It will not bring any problems in the wardrobe. Quite the opposite ”, they say in the technical area. Agüero is Laporta’s hook to retain Messi. In the summer of 2014, when Andoni Zubizarreta, then Barcelona’s sports director, was looking for a 9, Messi had been excited to join Agüero at the Camp Nou. Barça signed Luis Suárez. He did not like it, nor had he been convinced in 2013 by the signing of Neymar. “Stop saying I’m your idol and play,” the Argentine told the Brazilian in his first season at Barça. And he was not seen to speak much with the Uruguayan the following summer either. It turns out that the three of them became great friends; neither, however, like Kun Agüero. A relationship linked to childhood and the Argentine team. Today together at Barcelona. At least for now.