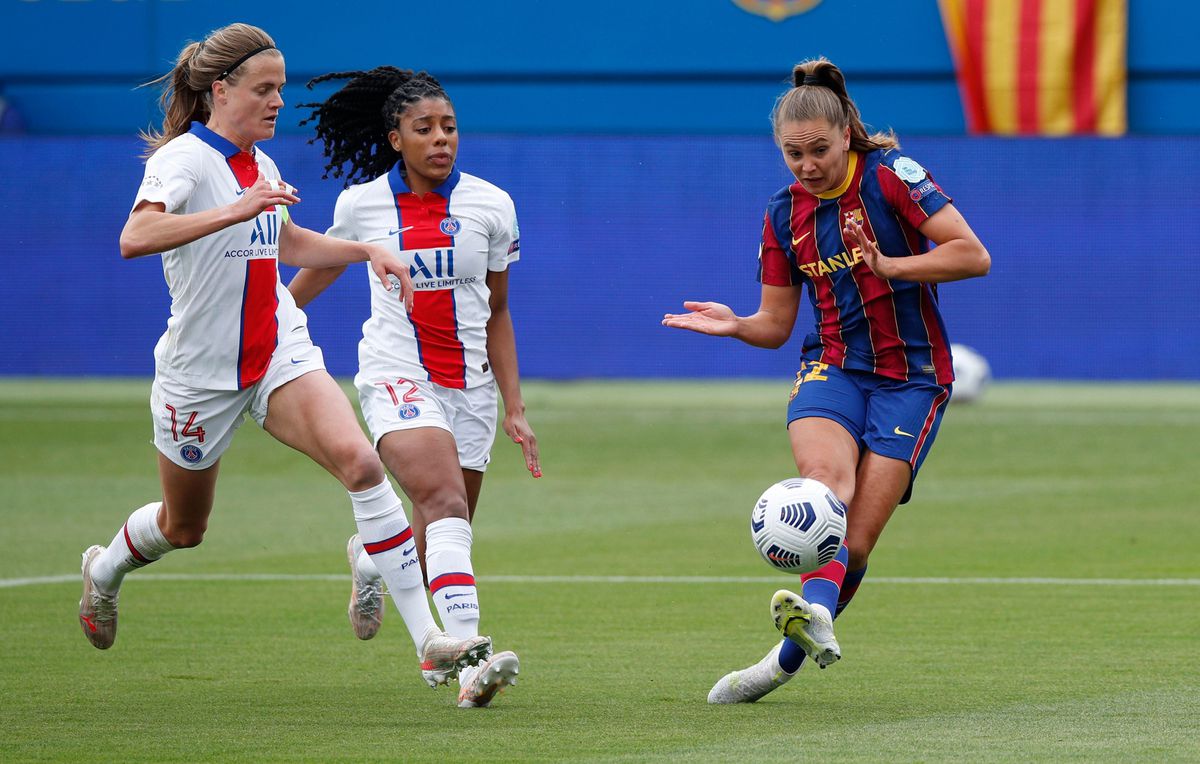 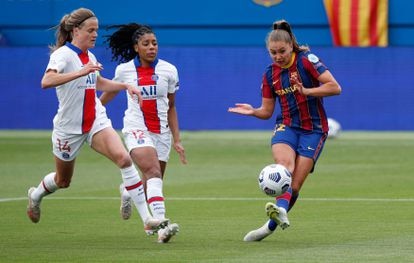 Women’s Barcelona defeated PSG 2-1 in the second leg of the Champions League semifinals (1-1 in the first leg) and will fight for the European title again after losing the 2019 final. A new milestone for the Catalans in its short history. When the women’s Champions League was created, in the 2001-2002 season, Barcelona was about to join as one more section of the club; It did so in June 2002. At that time, not even the most pretentious dream could imagine the Barça players competing in the elite of European football, dominated at that time by Scandinavians and Germans. The French women joined the commitment to women’s football and today there is no doubt that Barcelona belongs to the aristocracy of European football, once again a finalist in the European Cup as in 2019.

On the way to the final in Gothenburg (May 16, Chelsea and Bayern dispute the other semifinal), Barcelona was crossed by the fearsome PSG, which had eliminated the great totem of women’s football, seven times Champions of the Champions League, Lyon . Barcelona played as well as they learned to resist. Half an hour of a thoughtful, exquisite and accurate game by the Catalans, to later endure the overwhelm of the French team. Lluís Cortés’s girls were not alone at the Johan Cruyff. Barcelona had already tried it in a Barça B match against Cornellà and this Sunday, for the first time this season, the Barça fans were able to see the women. Although, due to sanitary restrictions, only 981 spectators could access. On April 22 they took out tickets for the members that were sold out in half an hour. This Friday, they placed another 50 that were left over from the protocol commitments. They lasted five minutes. “We were in the 2019 semifinal against Bayern in the Mini, whenever we can we come to the Johan, and we could not miss this match,” explained a Barça fan, in Sant Joan Despí, along with her two daughters. The Johan exploded after the final whistle, as he had also cheered Lieke Martens when she was replaced by Mariona. It was not be for lowerly.

In the first leg, in Paris, Martens was oxygen for Barcelona, ​​tireless in the round trip, more present in defense than in attack. In the Johan, on the second ball she touched, when Barça and Paris were still in the scoring phase, the Dutch woman sneaked between Lawrence and Paredes to draw with the inside of her right boot a thread, as precise as it was elegant, the 1-0. Barça woke up, especially Martens. For a long time in Sant Joan Despí they expected a decisive match from the Dutch, few scenarios better than a Champions semi-final.

The only change in PSG’s lineup from the first leg was that of the right winger, Bachmann for Cook. He was looking for the Paris coach, Olivier Echouafani, more containment to cover the climbs of Ouahabi and his connection with Martens. Barcelona, ​​for its part, recovered its thermometer: Pebble. Suspended in the first leg, the Majorcan, who is to Johan Cruyff what Busquets to Camp Nou, took command in the center of the Barca field, a key piece to shorten the team, maintain possession and avoid the attacks of the forwards of the French team . Added to Guijarro’s pause was Alexia’s brain and Aitana’s acceleration. Barça was fast in the circulation of the ball and sharp on the wings to break PSG again, this time with the speed of Graham Hunter but again with the definition of Martens.

The Dutchwoman arrived at Barcelona in 2017, after being crowned with her team in the European Championship, chosen by UEFA as the best footballer of the year. Too much of a poster for a calm person, used to the protective cloak of anonymity. “I have had to rediscover myself. Interviews, contracts, people with different expectations… It was going from zero to 100 ”, he recalled in an interview in this newspaper. Barça, finally, found the highest scoring version, definitely the most decisive of the 22nd. They also had to face their kryptonite: the set piece. The Barça defense fell asleep after the exit of a corner and Katoto did not waste it.

PSG took advantage of Barcelona’s mistake. The Parisians cornered Barça, lost without the ball, sterile to defend without fear near Sandra Paños. While the Barcelona goalkeeper was growing under the three posts, Barça found an escape route in the speed of Graham Hunter. Wood twice denied the Barça tranquility, as well as Oshoala’s lack of aim. It was not necessary. At the Johan Cruyff stadium, the work had already been done by a Dutch woman: Martens.