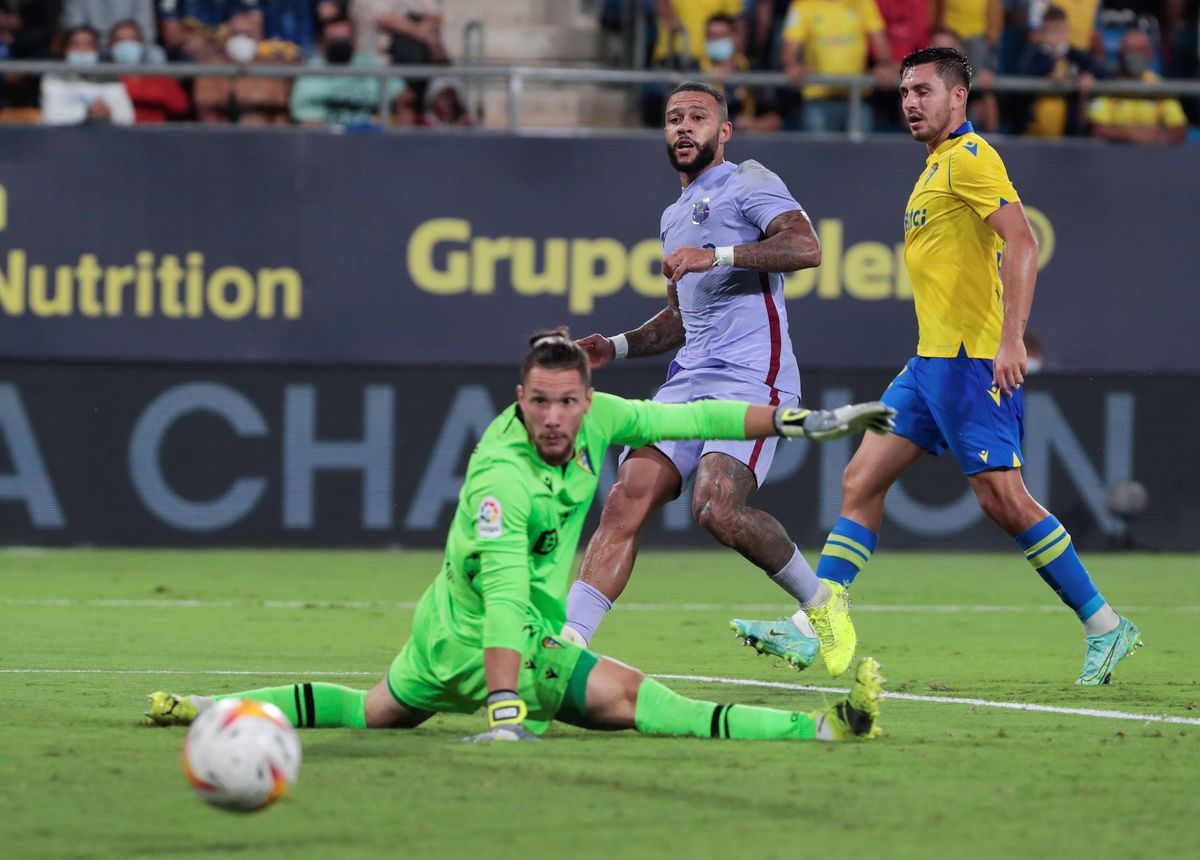 Barça does not win or play. Bad business for Koeman because Laporta wants results and football to excite Barça fans. And it happens that all the games seem boring, as if they were part of a series whose outcome is already known, with no more interest than the before and after their dispute over the pulse that Koeman and Laporta hold. The dying game of the footballers detracts from the excited dialectic of the coach and the president to the astonishment of a disconcerted fans since Messi was given the door. We will have to pay attention now to both sides to know what will happen after the tie in Cádiz.

Even circumstances have turned against Koeman. The referee sent him off at the end of the game after he had already shown a second yellow card to Frenkie de Jong in an action that did not seem punishable when the Catalans poked their heads in the Nuevo Mirandilla. The Barcelona fans found a sad alibi to defend a scoreless draw in Cádiz. There is no more argument in the dressing room than to resist with the excuse that the team and the squad do not give for more than to equalize with Granada and Cádiz while waiting for Ansu Fati and Dembélé.

Barcelona makes any opponent good and better, also Cádiz, because they do not know whether to apply the tiqui-taqui, the ollazo or the snack, denatured and depersonalized, simply pending how long Koeman’s continuity will last. The players did not lower the ball to the ground because it burned their feet, saddened by the cheerful Cádiz.

Although these are days of great emotion, Koeman came out at least a relatively rational line-up, orphaned in any case of a born left-back due to the injuries of Jordi Alba and Balde, replaced by Dest. Gavi was playing, a 17-year-old Andalusian interior, street and shameless, more present than the timid Coutinho or the bewildered Sergi Roberto, and Demir, who formed in attack with Luuk de Jong and Memphis, remained, while Piqué and Araujo closed to the detriment of Eric. Barça was obsessed with shooting and therefore finishing the plays to prevent Cádiz from stealing the ball and pressing to run as Álvaro Cervera preaches. He was never a pleasant opponent but often punishes the mistakes of erratic teams like Koeman’s.

Cádiz always pressed very high, physical and ambitious due to the presence in attack of Sobrino and Negredo, ready to deny the spaces to Barça. The Catalans did not know how to enter the game, lacking in depth and imbalance, not very dynamic to move the solid defensive structure mounted by Álvaro. The tension was located in the Barça field. The verticality and the nerve of Cádiz contrasted with the insubstantiality and relaxation of the Catalans, very high and timorous, without passing line or thread of play, reiterative in the loss of the leather for the luck of Álvaro. There was no departure or arrival of the ball at Barça, no rhythm of play or individual quality, and time passed without Ledesma intervening.

The bravest in a discouraged, distrustful and fearful team was Gavi and the only one who dared in the one on one used to be Memphis. The Barcelona players, however, played three touches, always on foot and without unchecking, easy to contain by Cádiz. De Jong only saw the ball pass, sometimes too high and sometimes too far, always too slow to connect the shot and complete Barça’s attack. There was no way that the game would take off, not even with the joyous crowd from Cádiz, convinced that their team had more options than Barça. Reached the rest, not a shot was counted, expectant Cadiz and knotted the Barça.

Koeman removed the innocuous Demir and put Sergi Roberto without hardly anyone knowing because it was Cádiz who rounded the goal with a Negredo shot that Ter Stegen took. There was a lot of energy in the yellow squad and too slow in Barcelona until Memphis appeared. An overwhelming blunder in a seemingly simple shot was followed by a shot from the Dutchman that demanded Ledesma’s response. The contest woke up at times, the field was opened and the two teams began to exchange attacks without Luuk de Jong ever managing to intervene. The improvement was not enough for the Barça fans to defeat Cádiz. The debatable expulsion of De Jong ended the momentum of Barcelona.

Koeman then chose to withdraw Luuk de Jong and enter Coutinho and later Riqui Puig to compensate for the numerical inferiority against the grown Cádiz. Riqui was wrong as soon as he touched the ball and Ter Stegen avoided Salvi’s goal. Although both teams had opportunities to win, also Barcelona in a cross shot from Memphis after Piqué’s assistance, no one claimed victory because of Ter Stegen’s know-how. The goalkeeper is back and he still doesn’t have a striker to score a goal to save Koeman. Barça had neither game nor self-respect and, on the other hand, he was marked by a nonsense by Busquets when he put a second ball into play instead of taking it out to the astonishment and warning of Del Cerro. An ugly detail in one more match without football or result as Laporta wants.

Barcelona announced yesterday the agreement with Kayserispor for the signing of midfielder Emre Demir (17 years old), who will remain with his current team until the end of the season. The Catalan entity will pay two million euros more variable for the Turkish interior, which will be linked to Barça until 2027 and will have a clause of 400 million. The idea of ​​the club is that the Turk, who made his debut in the First Division at the age of 15, joins the subsidiary. However, as it already happened this summer with Yusuf Demir, he does not rule out that he can join the Camp Nou discipline.