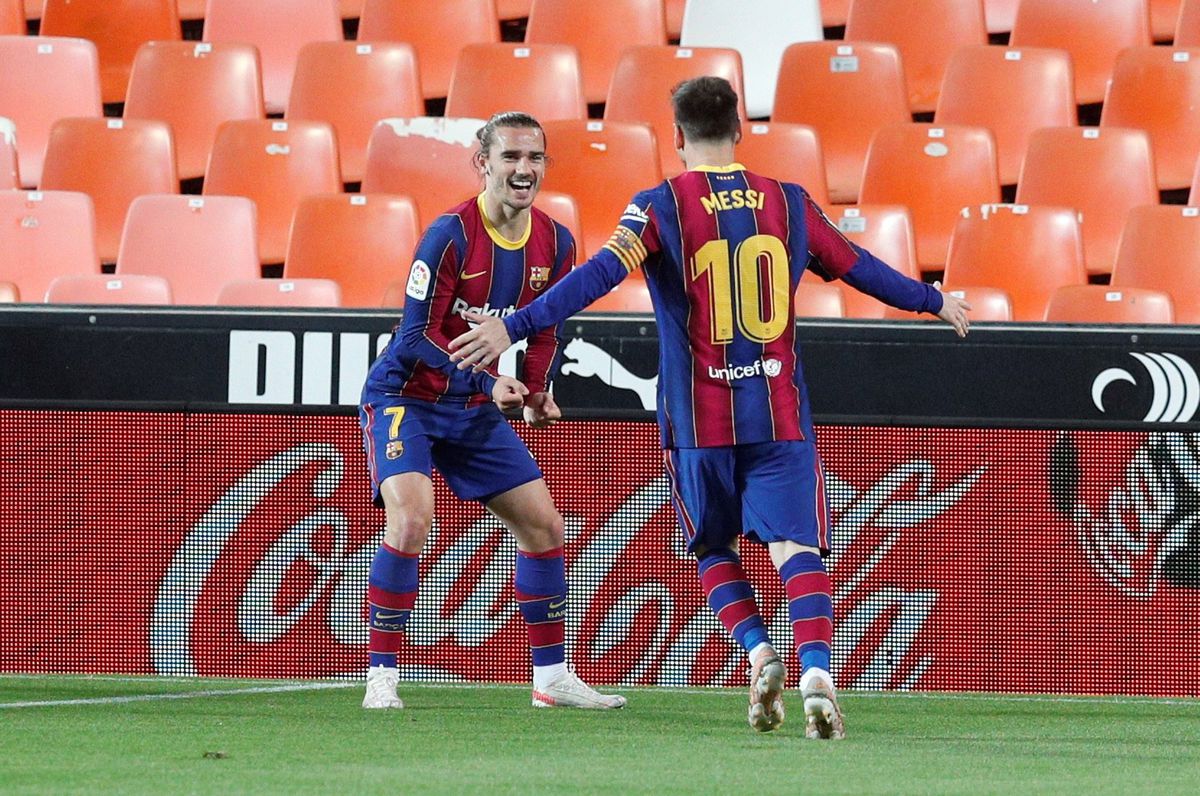 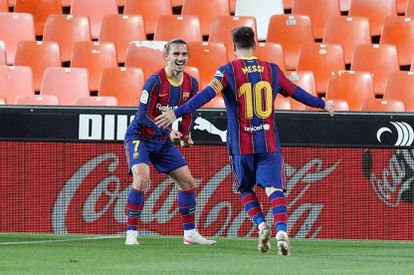 Despite Barça fighting for the league title, Koeman repeats the same tune since the season began. “We have made individual mistakes” and “we have to finish the matches earlier and be more effective” are the phrases that the Barça coach repeats the most at the end of the matches, exasperated because it is the endless tale, weaknesses and sins in the areas that define the game. team ups and downs course.

Languishness in your area. A bad clearance by Frenkie de Jong that Luuk de Jong (Sevilla) converted into a goal, a bad assignment by Piqué to Neto that Luis Rioja (Alavés) punished, a throw-in by Alba that Lenglet did not control and Negredo (Cádiz) penalized, a pájara of Araujo that Kike García (Eibar) sentenced… Retahíla of errors that against Granada, in the penultimate league duel, were repeated by Umtiti, Mingueza and Piqué. Thus, the list of defensive blunders multiplies every day as deciphered by the team’s central centrals after beating Valencia this Sunday. “In the last matches, each time against ends in a goal, we pay dearly,” said Lenglet. “They kick us less than before, but they all go inside,” added Piqué. And they do not lack their part of reason.

Ter Stegen has received 226 shots in the League (eight per game) -it must be taken into account that Neto played six duels-, while Courtois (Madrid) had to face 323 shots (9.7 per game), Oblak (Atlético) reaches 316 (9.4) and Bono reaches 217 (7.9). Similar numbers that, however, underline the difference when analyzing how many are going to the door. Thus, only 32.8% of the shots between the three suits focus on Madrid; to Atlético 34.8%; to Seville 33.9%; and to Barça 41.5%, mainly because it places the defensive line 40 meters from the German goalkeeper. “The other teams defend further back and that’s why they don’t let them shoot so easily. They are different bets, but it is clear that a shot from outside the area is not the same as a counter in which you run backwards in desperation “, they argue from the offices of the sports city. So it is not surprising that Oblak’s percentage of stops reaches 80% success, Bono and Courtois reach 77.4% and Ter Stegen stays at 72.2%.

Another parameter to measure Barça’s weakness in their area is the effectiveness of avoidance (percentage of defensive actions with the opponent’s finish that do not end in a goal), where Barcelona is ranked eighth in the League with 93.7%, far from the first three: Atlético reached 96.2%, Madrid 96.2% and Sevilla 95.6%. “We have spoken with the team to correct the positioning errors,” Koeman said after Granada. But more of the same happened against Valencia and Atlético is just around the corner, a capital duel for league aspirations.

Only two snipers. The longing for Messi and the Barça dressing room for Neymar has an offensive explanation, since since the Brazilian left for PSG at the end of the 2016-17 season, Barça only have two players who focus on the rival goal, since there is no third that at the end of the course reaches the double digits of goals in the League. Three seasons ago, Paulinho reached nine; Two years ago it was Dembélé who was left with eight; in the previous year Griezmann reached nine; and in this, Dembélé has five rickety goals and the next is Ansu Fati, with four, who has been injured since November.

The problem is that now the team does not have Luis Suárez -19 goals with Atlético-, even though Griezmann has woken up in the final stretch and already has 12 goals. “But we are missing another scorer,” they repeat from the sports area as Koeman claimed at the beginning of the summer, frustrated his attempt to have Depay (Lyon) because there is no liquidity. And after Messi and the French there is a wasteland.