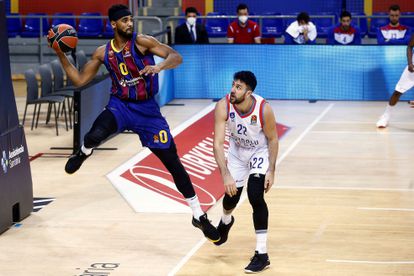 Barcelona wants to reign in Europe again. The Blaugrana team will face Anadolu Efes tonight (starting at 8.30 pm) in the grand final of the EuroLeague FinalFour in Cologne. 11 years later, Barça is back in the title game in search of their third European crown. In the two previous occasions in which they reached the final (2003 and 2010), Barcelona won the Euroleague. Those of Jasikevicius, after beating Milan in the semifinals with a shot from Cory Higgins in the last second (84-82), face tonight a team that already gave them a very bad time during the regular phase of the tournament and that already left Madrid out in the first round. Efes beat Barça in both games, 86-79 in Turkey and 86-88 at the Palau. But in a final anything can happen. Follow the game live: