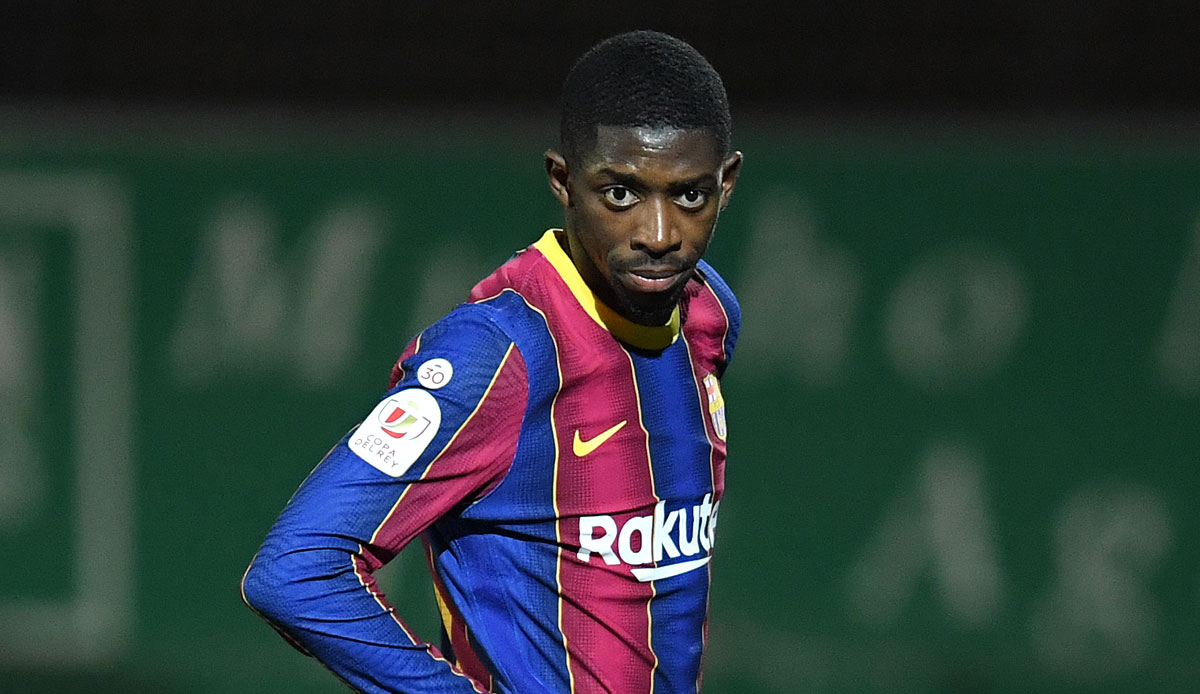 Ousmane Dembele played his 100th game in the FC Barcelona jersey last weekend and is doing well this season. Now the 23-year-old has spoken about his development at Barca and his departure from Borussia Dortmund.

“I’ve changed a lot,” said Dembele in an interview with uefa.com about his almost four years at FC Barcelona. “I think I’ve changed the most physically. When I came here, I was very fragile.”

The attacker was referring to the first years of his professional career at Stade Rennes and Borussia Dortmund. During his time in Spain, however, thanks to the work with the coaches and supervisors, he developed further in terms of physique: “My way of training, my way of preparing for the games. All of that has changed.”

Dembele moved from France to BVB in the summer of 2016, scoring ten goals in 50 competitive appearances in Dortmund and celebrating his final breakthrough. The move to FC Barcelona followed a year later, and the fee has now come to around 135 million euros due to bonus payments.

However, indiscipline off the field and several injuries threw the 23-year-old back again and again. Most recently Dembele made it into the starting line-up, in the current season he has six goals and four assists in 26 appearances.

Dembele at Barca: Also developed in a playful way

“Years go by and I’m growing up, so it’s normal for me to change,” continued Dembele. “I feel good here in Barcelona and in my life. I have had a few problems with injuries, but you have to face them with a smile.”

Dembele also sees progress in his game in terms of play and tactics. “I’ve been given advice on when to attack or when to keep calm with the ball,” he said. “They told me to wait and find a teammate instead of dribbling against three or four opponents.”

In total, Dembele has now scored 25 goals and 20 assists in 100 games for the Catalans.