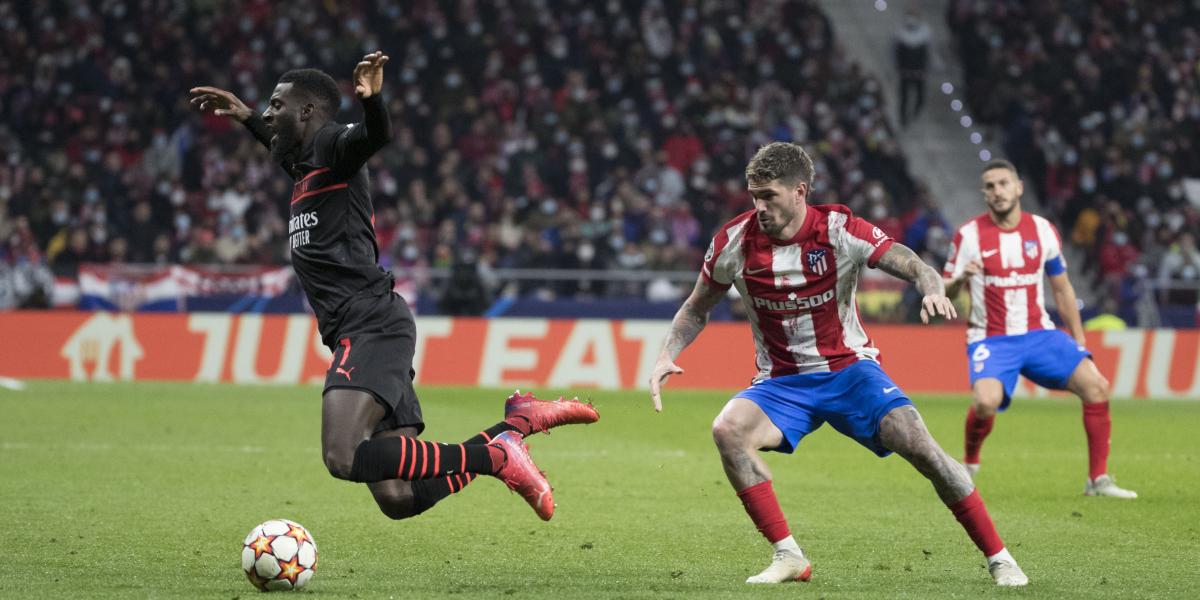 “The Champions League does not forgive you, it lets you pass if you deserve it and in the game that remains we will try to do all the merits to deserve to continue in the Champions,” he said Diego Simeone, the coach of Atlético de Madrid, at the end of the bump with the Milan; a 0-1 defeat that places the rojiblanco team in a labyrinth of unexpected complexity, not only pending their victory on the last day in Porto, but also of winning by more than one goal than the Italian team … yes beat the Liverpool.

Because if Simeone’s group wins and Milan doesn’t, it will also be enough to survive in the tournament. There are no more combinations than those for Atlético at this point in the top European competition, the tournament that causes the most sleeplessness in the coach and his players.

Before because of the historical debt he felt and the desire that the two lost finals in 2013-14 and 2015-16 promoted at the last minute, one in extra time and another on penalties, against Real Madrid, but now just to go more beyond a group stage that supposes an ordeal from 2019-20: he has only won six of his last 17 games in this round, with five draws and six defeats, and since then, always second in the group, he went to the last appointment with the pass still in play.

Like now. Nothing strange in recent times, far from what was in this competition during the first four participations under the command of Diego Simeone, between 2013-14 and 2016-17, when he played those two finals, he reached the semifinals (2016-17) and was eliminated once in the quarterfinals, but in the final moments by the minimum (1-0) and in the Santiago Bernabeu; when he was first in the group without exception -including in 2016-17 when he shared a quartet with the Bayern Munich– and when their triumphs were much more visible than their defeats: in that period, Atlético played 48 games, of which they won 28 (58 percent), drew eleven and lost nine.

“When we have to play in the Champions League, we don’t have a good time,” José María Giménez now assumes of the present of the rojiblanco team in this tournament, in which, from 2017-18 onwards, it has barely won 36 percent of its matches, thirteen of 36, with ten draws and thirteen defeats, forced to play the pass in the appointment final both in 2017-18, when he was eliminated, and in 2019-20 and 2020-21, with successes in the latter two; one at home with a 2-0 win against Lokomotiv in the Wanda Metropolitano and one away with a 0-2 win in Salzburg.

The highest number of victories as a visitor can be key

In both he depended on himself, as now, although in this case with the extended condition of winning by one more goal than Milan, which added more complexity to a situation that was already practically bordering the limit beforehand. It was aggravated by the winning header of Messias Junior in a lateral center, alone, with a placid, powerful and accurate shot against Jan Oblak, who has conceded seven goals in this edition of the Champions League, six of them in the most recent three games.

Either Atlético win or they are eliminated. There is no other calculation. If the Italian team, at the same time, beats Liverpool at the San Siro, with the particular difference even between the two, the resolution of the classification would depend on the general scoring difference. Therefore, as the situation is today in that sense (Milan with -2 and Atlético with -3), Diego Simeone’s team would need to win by more than one goal than the Italian block does, in the case of doing so, on Liverpool, but that would be enough to reach the round of 16, according to the following tiebreaker criteria of the regulations of the current edition of the Champions League.

“It is the greatest success of my life”

Because, with equal difference in points and goals and so many scored in their confrontations with each other (all balanced by 1-2 at San Siro and 0-1 at Wanda Metropolitano) and also at a general level, the following rules, in that order, to establish who is ahead in the table are the highest number of away goals scored (Milan has three and Atlético has two, in the absence of the duel in Porto, in which at least it would equalize with the Italian team in the case of winning); most wins in all group matches (One has Milan and Atlético so far, which would be two in this case that both win) and, there is the difference, the greater volume of victories at home: one can no longer pass Milan and one has Atlético, which it would be two if he succeeds in Porto.

It would not be necessary to resort to the last two tie-breaking criteria. Neither the disciplinary (he also favors Atlético for now, with 10 yellows and two reds, for the 18 cautions and 1 expulsion from Milan) nor the coefficient. But all that will only be necessary if Atlético win in Porto by more than one goal than Milan does against Liverpool.

The other way to qualify, less entangled, is their triumph at Do Dragao accompanied by a draw or a defeat for the Italian team against the incontestable leader of the quartet: the team led by Jurgen Klopp, which has made it full so far in group B, fifteen of fifteen points, and beat Milan 3-2 at Anfield.

The Champions, a ‘hell’ for the Athletic one after touching the sky in Anfield