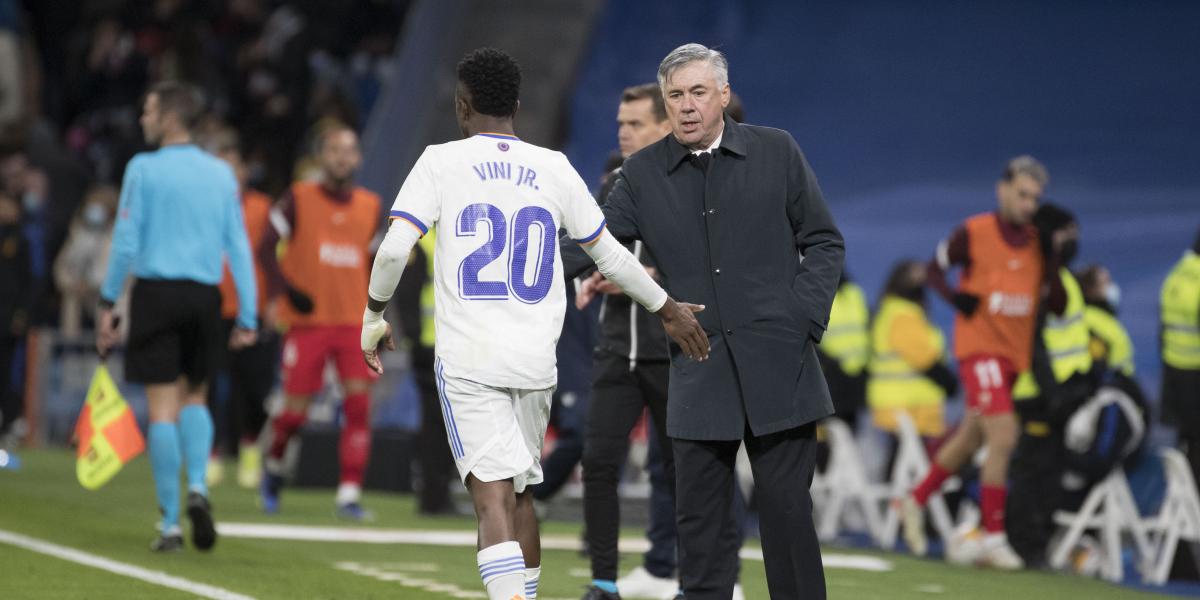 Carlo Ancelotti, coach of Real Madrid, was satisfied with the victory in extremis against Sevilla at the Bernabéu, which keeps his team at the top of the table. The Italian coach did not hesitate to congratulate Vinicius, whom he gave an effusive hug when he was substituted in injury time.

“Vini has something special. His goal has been extraordinary, a spectacular shot. He has shown another quality, he had never shown it. Everyone expected a formidable player in one on one, he did not have the opportunity to show it but he has been the most important player It’s another step towards being the best player in the world because sometimes you can’t do what you like but the important thing is that you stay focused to be effective in the game and enjoy yourself when the opportunity comes “. “I knew his quality in one on one, in dribbling, but that ability to score goals did not have in the past,” the coach added.

“The rival is very strong, he showed all his qualities in the first half. After his goal it was difficult for us to press up, we have become unbalanced and we have conceded opportunities,” he explained about the bad start of the game. “After our goal we controlled the game, going further and we were lucky to score the goal at the end,” said the Italian, also happy with the performance of Camavinga and Valverde at the end.

“We finished the game well. Camavinga and Valverde have contributed a lot of energy to have control of the game. We need them both. We’ll see if I make changes on Wednesday,” he said in reference to the rotations ahead of the postponed game against Athletic .

Casemiro: “Vinicius is top and knows that the matches will become increasingly difficult for him”