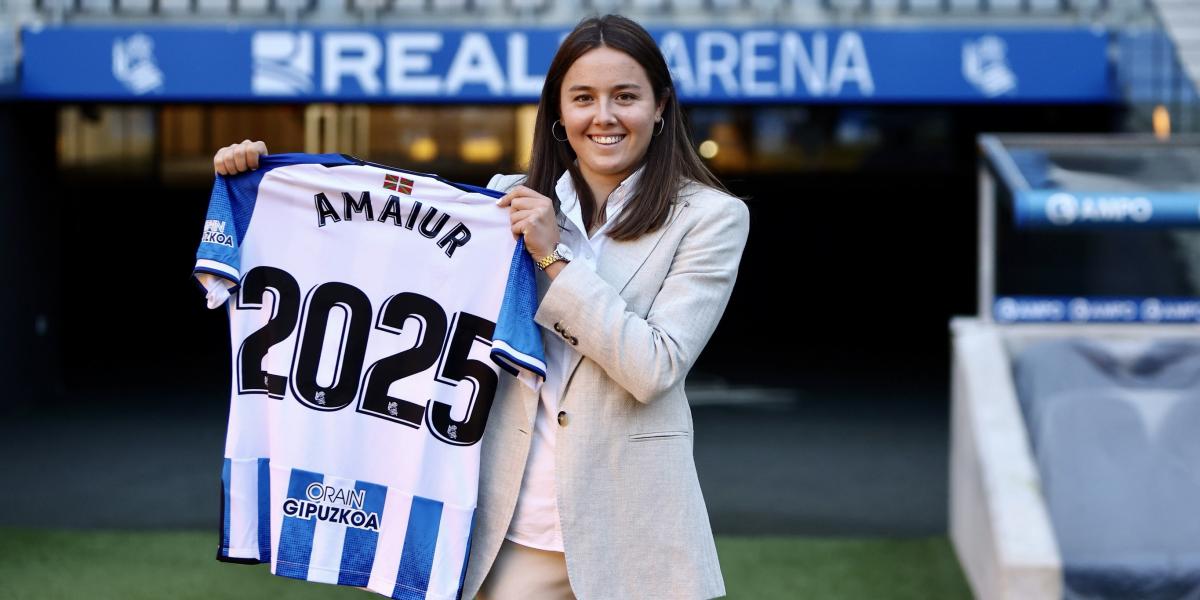 Excellent news for Real Sociedad. The scorer txuri urdin and the Spanish senior team, Amaiur Sarriegi She renews her contract with the San Sebastian entity until 2025. In this way, the attacker extends her link with the club by two more seasons, since she signed until 2023 when she signed from Athletic in the summer of 2020.

According to the Real, Amaiur has been accompanied by Jokin Aperribay when stamping your signature on the contract extension.

“I am very excited to continue linked to this club that I love so much and that has given me so much,” he says in statements to the club’s media. The donostiarra will appear tomorrow in the Zubieta press room, telematically, from 2:15 p.m.

In this way, the Real has managed to shield its two referential footballers in a few months, Nerea Eizagirre, the captain, until 2023, and Amaiur Sarriegi, the scorer, until 2025.

Amaiur She has been sweet since May last year. In the last 30 games she has played between Real and the Spanish team, the Donostiarra has scored a whopping 27 goals. She is completing her second season as a txuri urdin player. In La Real he has played 46 official matches, in which he has scored 21 goals.