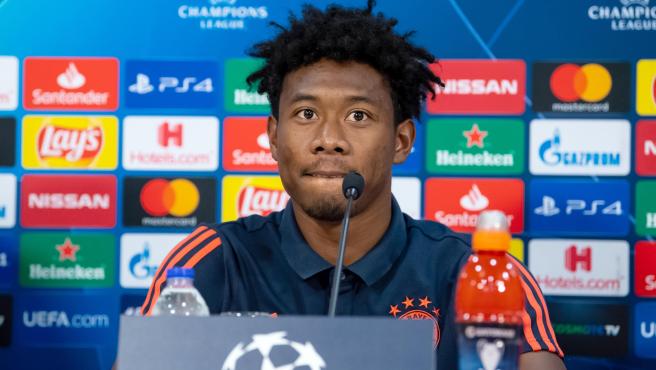 Bayern Munich’s Austrian defender David Alaba he is clear that his decision to leave the team at the end of the season “is not against the club” but a desire to “take another step” in his career and to “enter the unknown to be able to mature again”, although without revealing anything about a next destination that could be the Real Madrid.

“It was not a decision against the club, but I decided that I would like to do something new and take another step. To grow, you have to get out of your ‘comfort zone’, and I deliberately put that word in quotation marks because it could be misinterpreted, “Alaba commented in an interview with ’51’, the club’s magazine.

The Austrian knows that in the Bavarian team “expectations on the field are always very high from the management, in the dressing room or from oneself.” “I think maybe you have to go into the unknown to be able to mature again”, he remarked.

“It is always difficult when something comes to an end and it is no secret that I have always felt at home here. Obviously, I leave with a tear in my eyes, but also looking forward to the future at the same time,” he added .

Still, he wishes Bayern “only the best”. “This club will always be in my heart. I am incredibly grateful and wish it to continue to write a great success story. And to be honest, I have no worries about this club.”

“The club is my family, my home, my special place”, confessed Alaba, “incredibly grateful for the support” of the fans. “I was a ball boy and, before the Champions League games, also one of those who made waves with the round flag in the center circle. And then I was a player on the field, “he recalled.

The Austrian joked that he came to Munich as “a little rascal.” “But also a guy who never stopped believing in his big dreams and who definitely wanted to achieve it. The view from my room overlooked the first team field. I watched the training sessions through my window every day and decided to do my best. to make my dream come true, “he says.