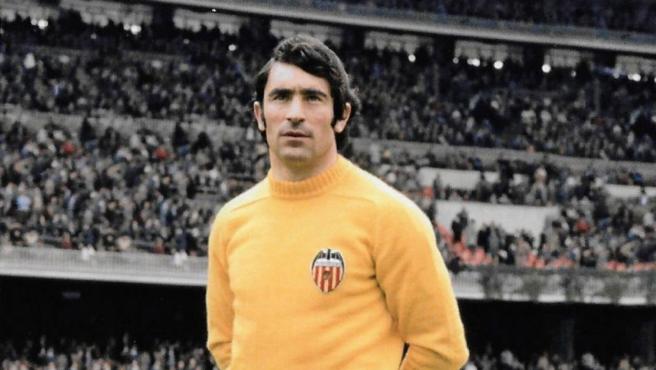 The Asturian Angel Abelardo González, historical goalkeeper of the Valencia, with which he achieved the title of Cup in 1967 and that of League in 1971, died this Wednesday at the age of 77 after a long illness, reported sources from the Valencia Footballers Association.

Abelardo entered the history of the club Mestalla in the 70-71 season, when a under the orders of Alfredo di Stéfano he was proclaimed League champion in a competition in which he played his thirty games in full, was the least beaten in the championship with only nineteen goals, for which he obtained the Zamora trophy, and stopped several momentous penalties.

Previously had won the Cup title in his first season in Valencia by defeating Athletic Club 2-1 in the final in 1967 under the command of Edmundo Suárez “Mundo”.

Born in Sotondrio (Asturias), he arrived at Valencia in 1966 from the Langreo People’s Union to play for seven seasons before leaving in 1974 to Sporting de Gijón.

In the Valencian club he played a total of 171 games, 125 in the League, 33 in the Cup and the remaining thirteen in European competitions.