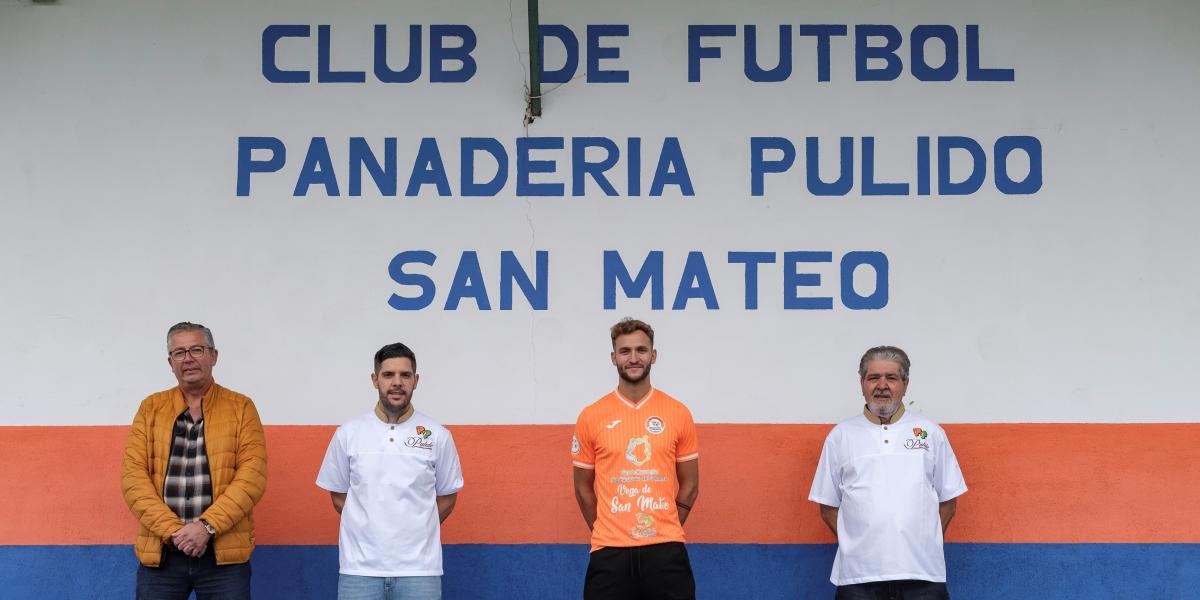 The case of the Club de Fútbol Panadería Pulido San Mateo is atypical, singular. It is not usual for a team to have been known from its inception by the name of its sponsor, and not by the locality it represents. And much less, that the name of that establishment appears on the shield. The reason is simple: the bakery founded the club and, therefore, gives its name to the sports entity.

The ‘Pulido’, as it has always been known in the regional football field, is a modest football team from Vega de San Mateo, a town with 7,500 inhabitants in the center of Gran Canaria, founded 28 years ago by a group of friends Among them, the owner of Panadería Pulido, an establishment in this sector consolidated on the island and which is already in its fourth generation.

Since its inception, the team has always been competing in regional football and, after only five seasons in the Canary Islands Third Division group, in June 2021 it managed to make the historic leap to the Second RFEF, a newly created category, the fourth in the new order of Spanish football.

After that feat, the club is once again topical because the Copa del Rey draw has brought it a historic confrontation against a First Division rival, and not just any one: Real Sociedad, winner of two consecutive leagues in the decade of the eighties. An award for some players who, after almost three months, have just achieved their first league victory, against Antequera.

The emotion of the baker

With a modest field, with a capacity for 650 spectators, the club has been forced to move the cup match on Wednesday, December 1 to the Gran Canaria stadium, with a capacity four times greater than the entire population of San Mateo.

“Knowing the name of the rival makes your hair stand on end and the emotion invades you. It is as if we had won the lottery, something unthinkable,” he acknowledges to Efe Christ Rodriguez, director-manager of Panadería Pulido, son of the club’s founder almost three decades ago, when there was no football facility in the municipality.

The company that he runs together with his sister Yaiza currently has about 3,500 square meters distributed over several floors, employs 120 people and has seven of its own points of sale; In addition to its main headquarters, in San Mateo, it is also present in the municipality of Santa Brígida and in the capital of Gran Canaria, in its main commercial areas.

It also supplies, to a lesser extent, other islands such as Fuerteventura, Lanzarote and Tenerife.

There was no soccer field

Christ Rodriguez He explains that the bakery was born in 1923 “as a hobby”, promoted by his great-grandparents, at a time with a shortage of raw materials, but the acceptance of the public ended up turning it into a trade. And so, from those first deliveries that were made on a donkey, until today, almost a century later.

It is in the seventies, in the third generation, that of his father, when the company expands and is located in the center of San Mateo. And later on, the idea arose of forming a soccer team in a town where the king was the vernacular sport of Canarian Wrestling, represented by the emblematic Tinamar.

“The main foundation was that the boys of the municipality could practice sports. There was not even a soccer field, it had to be done. For a long time we have supported the club’s economy, although for a few years, when the team was promoted to the Third Division, the public bodies have been added with a fundamental contribution “, he adds Rodriguez.

The managing director of Panadería Pulido details that from the beginning they have always been “there, as a parallel entity, as the soul of the club that has always been part of day-to-day decision-making, but above all to try to extrapolate to the team the values ​​of our company: humility, sacrifice and work “.

They played the Donosti Cup

Today, the sports entity has a soccer school and, at the base, teams of the youngest, juvenile, infant, cadet and youth category. This year, in addition, a Second Regional team has been created to supply players to the Second RFEF. With a budget of just over half a million euros, it is one of the most humble clubs in the category.

RodriguezLike other bakery workers, he played in the lower echelons of the team. And he remembers with special affection the visit precisely to San Sebastián to dispute the Donosti Cup in its cadet and youth stage. “We were at the Anoeta stadium and it was impressive,” he underlines.

Of the current squad of players, in which there are various trades such as engineers or supermarket employees, he puts the defender as an “example to follow” and a “mirror for the quarry” Ruben Silva, who has developed his entire sports career in San Mateo, taking over from the historic left-handed winger Pedro Vega, a native of the municipality, an “icon and benchmark” for his “electric game” that dazzled two decades ago at UD Las Palmas, as well as other peninsular clubs in the Second Division and Second B.

Pulido Bakery would have “loved” to play the one-game tie against Real Sociedad in their field, but the modest facility does not meet the requirements for a sporting event of this magnitude.

For this reason, it will do so at the Gran Canaria stadium, on natural grass and with a larger rectangle. “In the soccer thing it comes to us worse”, recognizes Christ Rodriguez, but they hope to “turn orange” – the team’s color – the Siete Palmas venue on the most important day in its history. For this modest island club, the Cup draw came with bread under its arm.