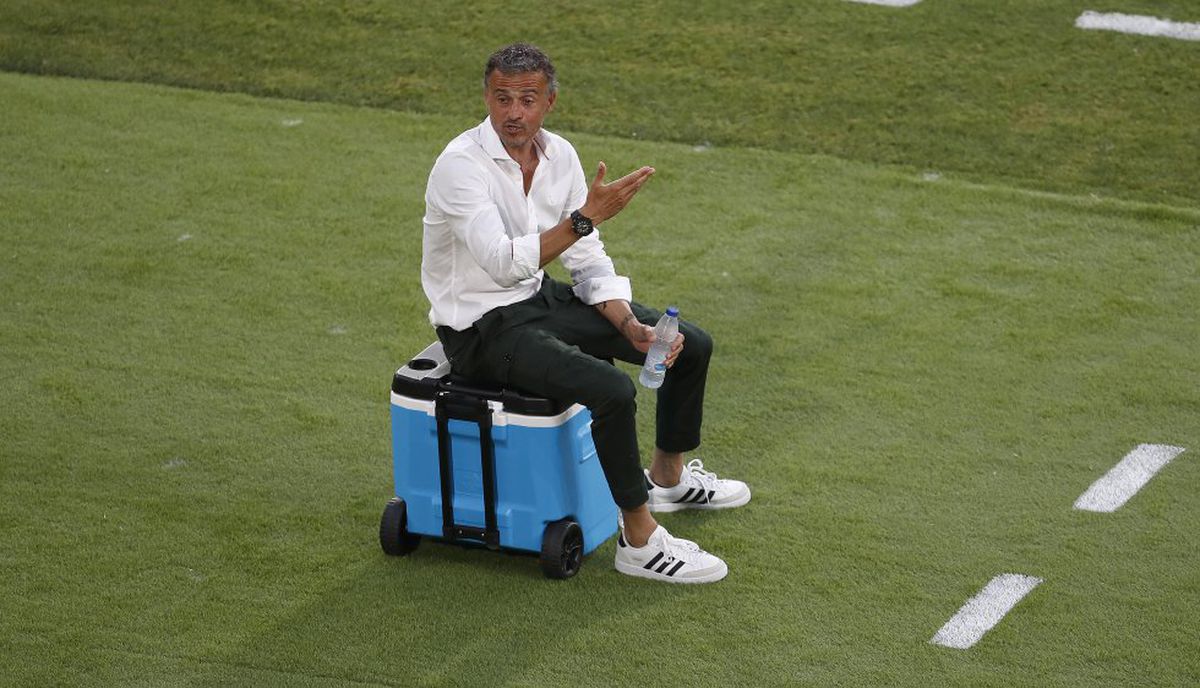 A strenuous, and at times highly esteemed, match in Spain did not help him defeat Sweden, which resembles all the sweden of the last 50 years. He’s indoctrinated at 4-4-2 with religious fervor. With the same passion he entrenches himself in the area and its surroundings, two lines together, maximum defensive density, all very basic, like his game, which depends on the use of corner kicks, lateral fouls and the mistakes of rivals. Sweden ugly matches and makes them stony, difficult to digest. It is his way of interpreting football, and from there nobody moves him.

The tie abounds in a suspicion: the selection lacks gunpowder. He locked Sweden in the area and began an erosion work that generated enough opportunities to win the match. Some of the main ones corresponded to Morata, who is going through a long period of anxiety and mistrust. It is not a guarantee in the area, especially when you have to think, choose and finish. Works best when in automatic mode.

Morata wasted two clamorous occasions, the classic opportunities that kill a match and clear the horizon in this kind of tournaments. The draw will feed stress on the national team, which cannot find a way to win the games it deserves to win. This was one of them. Luis Enrique mixed a few veterans with several youngsters, Pedri among them. He did not get over the encounter. On the contrary, he was the most productive of the midfielders.

Tight its lines, Sweden hardly disturbed Spain. He embraced Isak’s stride and creativity, who demonstrated his growing stature at the international concert. Isak appeared little because he was left to his own devices, but he is the kind of forward capable of winning a game on his own. Sweden already knows who to hang onto for years to come.

The team played with insistence and personality. He looked more for the flanks than the inside game, except in the appearances of Pedri, who attacked diagonally, cleaned an opponent and filtered the correct pass. Excellent player stuff. Spain lacked any other footballer capable of destabilizing the Swedish defense by skill. Thiago’s entry improved the team. Gerard Moreno entered late, more than advisable.

The team transmitted good vibes. The tournament will take care of tweaking it. Spain won Euro 2008, World Cup 2010 and Euro 2012 with three different results in the opening match. They beat Russia in 2008, lost to Switzerland in 2010 and drew with Italy in 2012. The first match informs, but does not decide the fate, nor the configuration of the team. If something characterizes this team, it is the even level of the players. No one can be included among the three or four best in the world in his position, but there is a majority of footballers more than competent.

Luis Enrique has been looking for a team for the last few years. He still has not succeeded. The construction process continues, after nine years of disappointment in the big tournaments. This European Championship seems decisive to know the response of its young players to the demands of a great competition. The draw with Sweden can lead to frustration, but the match offered bright signs.

Spain played with packaging, decision and continuity. He committed fewer distractions than in the last meetings and he did not lack identity. You have to digest a bad result, and that also belongs to the learning process. Now he faces a crossroads: falling into melancholy or metabolizing the good news he left in Seville. Whatever the tie says, Spain’s performance was more than commendable.