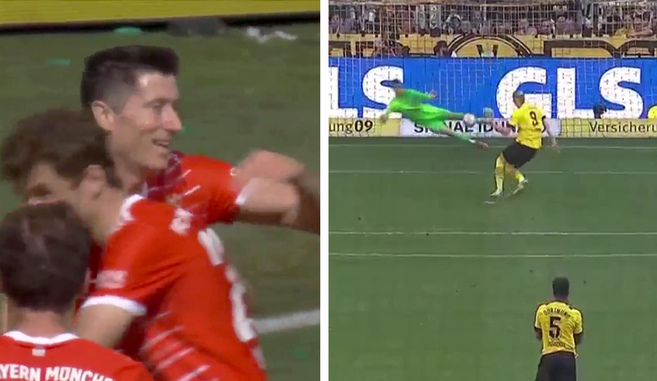 ORlast day of Bundesliga 2021-22, without many things at stake in sports, but with the feeling of a complete change of course in the German championship.

Two of its great figures, Lewandowski and Haalandwill not continue next season disputing the German championship.

The Polishwho finishes the competition as top scorer and Golden Boothas asked his club not to renew his contract that expires next season and it is most likely that he will end up leaving the Bavarian team this summer, although the club’s intention is to continue counting on him until the end of his contract.

The striker played his, probably, last game with the bayern and left his mark again in the form of a goal in the draw (2-2) against wolfsburg.

Halandmeanwhile, received a tribute from Dortmund in the preview of the match against Hertha Berlin and he said goodbye to the club two years after arriving with a goal against the capital (2-1).