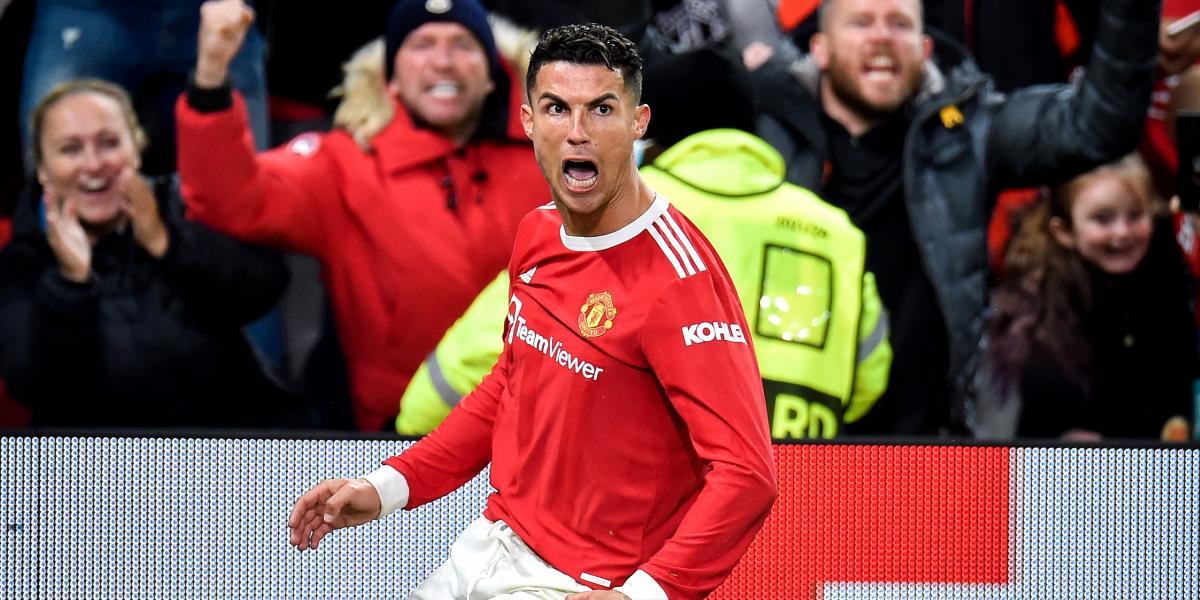 Cristiano Ronaldo, in his 300th game as ‘red devil’ counting the two stages, materialized a comeback as spectacular as it was unthinkable when Atalanta went to rest with 0-2 and threatened the continuity of an Ole Gunnar Solskjaer who was highly questioned by the latest results in the Premier League.

The final 3-2, with an impeccable header from CR7, allows United to unseat Atalanta in group F of a Champions League in which the Portuguese star continues to increase his records with 137 goals in 179 games.

A United at the mercy in the first half

In the first half a blurred United was at the mercy of Atalanta, with very clear ideas and his characteristic impudence that gave him results after a quarter of an hour after a perfect combination on the right culminated by Davide Zappacosta with a precise low pass that pushed the Mario Pasalic net at goal.

The whistles of the fans made react to a Cristiano Ronaldo passed in occasions of revolutions in his attempt to improve his discreet last performances. A great play by the Portuguese to the bottom line ended with a delayed center that Fred did not make a goal due to the save by Juan Musso (20 ‘).

Demiral highlights the defense at 0-2

The Argentine goalkeeper also frustrated CR7 with a low kick (26 ‘) but shortly after, Atalanta once again exposed the United defense, without the injured Raphaël Varane, in a corner that Teun Koppmeiners threw and headed for the wing. center-back Demih Demiral netted, jumping between Luke Shaw and Harry Maguire (29 ‘).

With the 0-2 United, with Paul Pogba on the bench due to Solskjaer’s decision, they were nervous and played too fast, without ideas, but still had two occasions in the last seconds of the first half by pushing. In minute 44, Fred, behind the wall with Bruno Fernandes, served with a thread that narrowly missed and, in discount, Marcus Rashford, in his first successful intervention, finished off the crossbar after a long ball.

Another game after the break

This double chance encouraged United in the second half. In minute 48, Mason Greenwood left Cristiano Ronaldo alone, but crashed his shot into Musso’s body.

More out of pride, because of physical display, than because of good play, the ‘red devils’ got into the game in a genius of Bruno Fernandes, who with the passing of the minutes was assuming the prominence that his teammates need.

The Portuguese took advantage of a bad transfer in the center of the field to put an excellent pass diagonally to Rashford, who received only from the left and crossed before the exit of Musso (63 ‘).

United believed in the comeback and Atalanta suffered. The post saved him on a point-blank shot with Scott McTominay’s knee behind Greenwood’s center (58 ‘) and Musso avoided Cristiano Ronaldo’s 2-2 on another good serve from Bruno Fernandes (65’).

But United had given a wild rhythm to the game and took advantage of an error by a defense, without the absent Berat Djimsiti and Rafael Toloi, to equalize through Maguire, who fell a ball and, alone, placed it next to the post (75 ‘).

Atalanta ended up kneeling at Old Trafford, which once again fed its legend of Theater of Dreams when Cristiano Ronaldo ended the comeback by finishing off a Luke Shaw cross with a perfect header. The third goal in the Champions League of the Portuguese star, who already defeated Villarreal in extremis (2-1), allows United to unseat Atalanta from the leadership.