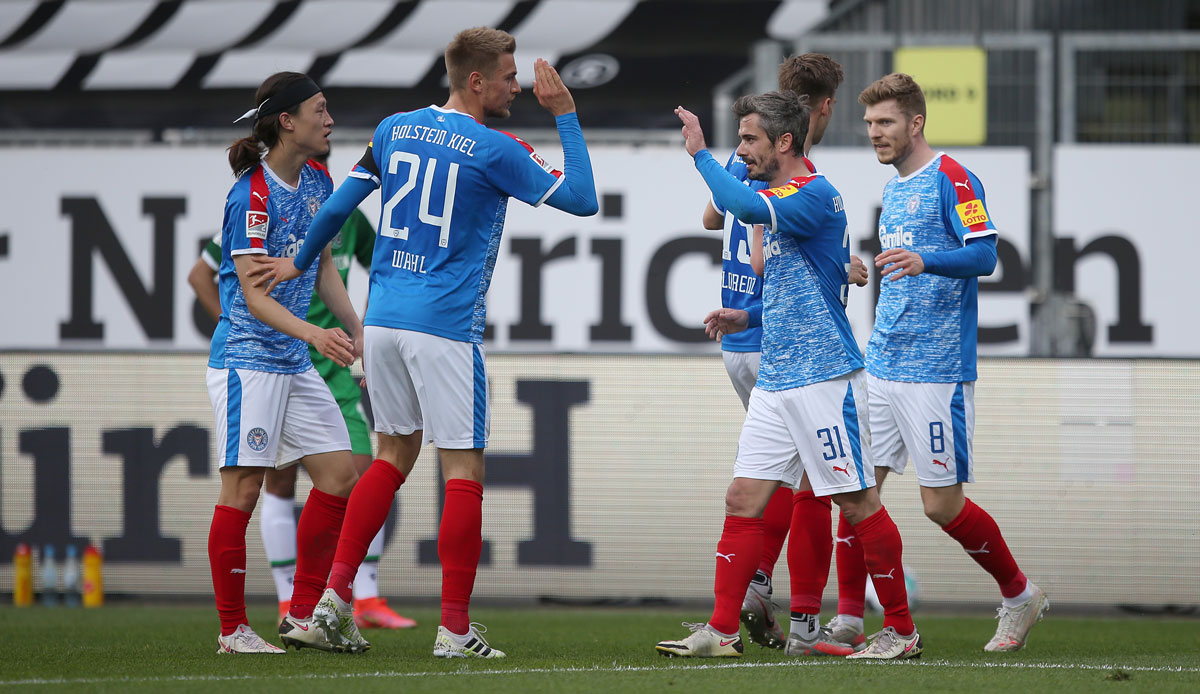 Thanks to veteran Fin Bartels, Holstein Kiel is on the verge of first promotion to the Bundesliga. The storks also won their catch-up game against Hannover 96 1-0 (1-0) and climbed to second place. Since their second Corona quarantine, the North Germans have won four out of five games.

Bartels scored in the 44th minute, for the 34-year-old it was the fifth goal since the Corona break. With 59 points, Holstein is now one point ahead of third place in the table, Greuther Fürth, and has also played one game less. Kiel could become the first club from Schleswig-Holstein in the history of the Bundesliga.

Only three days after the 4-0 win against St. Pauli in the same place, Holstein had a long time against the already secured Lower Saxony. The lead just before the break fell almost out of nowhere: After an arc lamp from Fabian Reese, Bartels stood free at the second post and hit the far corner with a direct acceptance. It was the ninth goal of the season for the veteran.

After the change of sides, the game, which was postponed twice due to the Kiel corona quarantine, remained at a low level. Hanover’s Jaka Bijol had the equalizer on the foot, his shot from 22 meters (69th) touched the bar lightly. Shortly before the end of the game, Kiel’s Ahmet Arslan may have been seriously injured, and the midfielder had to be treated for minutes after a duel.